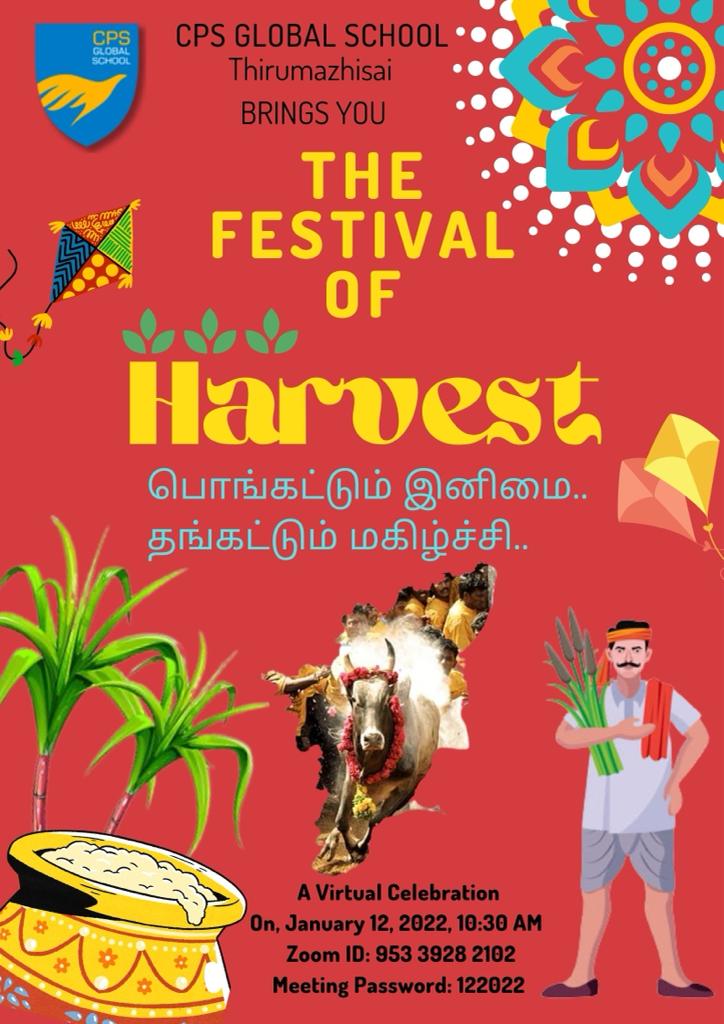 Human being, the organism presumed to have evolved from primates continued the hunter-gatherer lifestyle honed by his ancestors until he believed in the Sun God and settled at the banks of the rivers to cultivate the crops for satiating his culinary needs. His belief in the Sun God not just swept the traditional hunter-gatherer lifestyle in favour of permanent settlement with a reliable staple of food, but also paved way for the inception of society and civilisation.

As the Sun God bestowed abundantly; the agrarian culture flourished yielding the veneration of the Sun God for his bountiful blessings during the harvest season. In Tamil Nadu where the agriculture society became more prominent thousands of years ago, thanks to the excavations at Keezhadi, farmers celebrated the harvest festival on the first day of the Tamil month, thai as Pongal which falls on the 14th day of January in the Gregorain Calendar.

The CPS Global School, Thirumazhisai celebrated the harvest festival through a special virtual assembly on the 12th of January, 2022. The assembly that commenced with a word of prayer quickly transformed into a documentary of the celebrated Tamil poet and philosopher, Thiruvalluvar, thanks to the students of CAIE 1 & CAIE 2 for not just educating the students about the great poet but also for taking the efforts to dress themselves in white attires as it was the norm for saivite saints during the sangam age. Moving forward with celebrations, the students had a glimpse of the ELP section’s sing along event with a display of their pongal crafts.

A stroll at the neighbourhood to get a glimpse of the farmer’s produce is always a delight during the festival season, the attempt by the students of CAIE 7 & CAIE 8 that got the viewers listen to the significance of sugarcane and turmeric was so thoughtful. Their enthusiastic description of the traditional games, flowers and rangoli indeed brought the frenzied outdoor atmosphere into the minds of the viewers. Kudos to them!!!

The pongal celebration is never complete without testing the taste buds of the tongue; the fresh milk that stews up the newly harvested rice alongside dollops of jaggery with loud chants of Pongalo Pongal when the broth climbs and encircles the brim of the pot, a segment which is considered auspicious in the celebrations. Although the virtually held Pongal celebrations hindered this joy of camaraderie and sharing, the students of CAIE 6, CAIE 7 & CAIE 8 made up for this pandemic infused immobility by an engrossing play which is thoughtfully named as Rumble in the Pongal that displayed the adventures of a bunch of youngsters during their sojourn to prepare Pongal. It was a delight to watch their quirkiness and innocence that not just tickled the funny bones of the viewers but also allowed them to have a hands-on-experience in the preparation of Pongal.

As a final segment in the event, a quiz completion was conducted by the comperes of the event, Anisha and Sowmiya of IGCE Year 2 and the students from all the grades took part enthusiastically in the event.

The event came to a close with the address of the Academic Coordinator, Ms. Aditi Mukherjee who heartily wished everyone a Happy Pongal on behalf of our beloved Head of School, Ms, Jayu Ganesh and motivated the students to stay positive which is the need of the hour to wade through the pandemic situations. Anisha of IGCSE year 2 proposed the vote of thanks and wished the season of Pongal bring joy and cheer alongside prosperity and contentment. 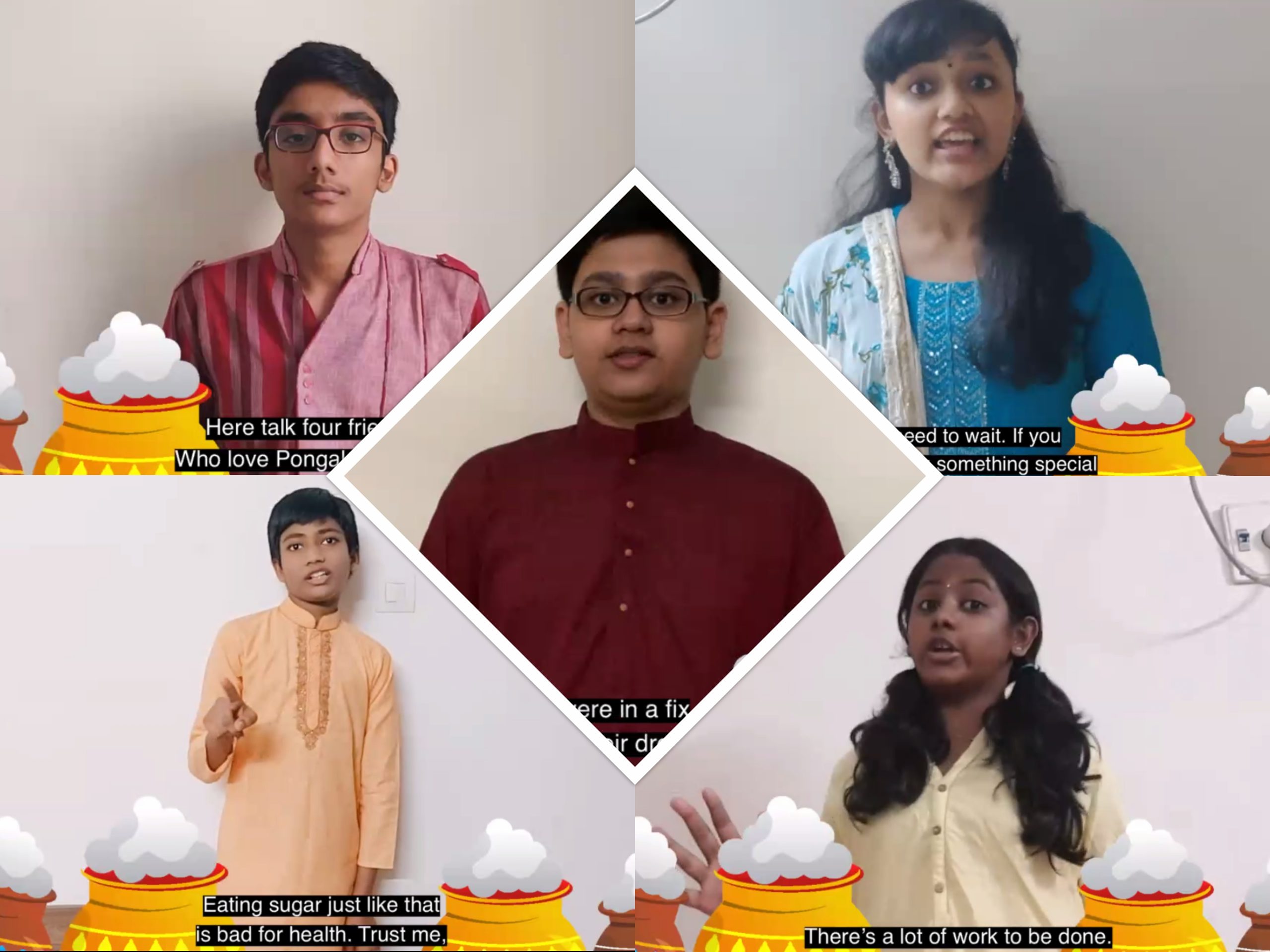 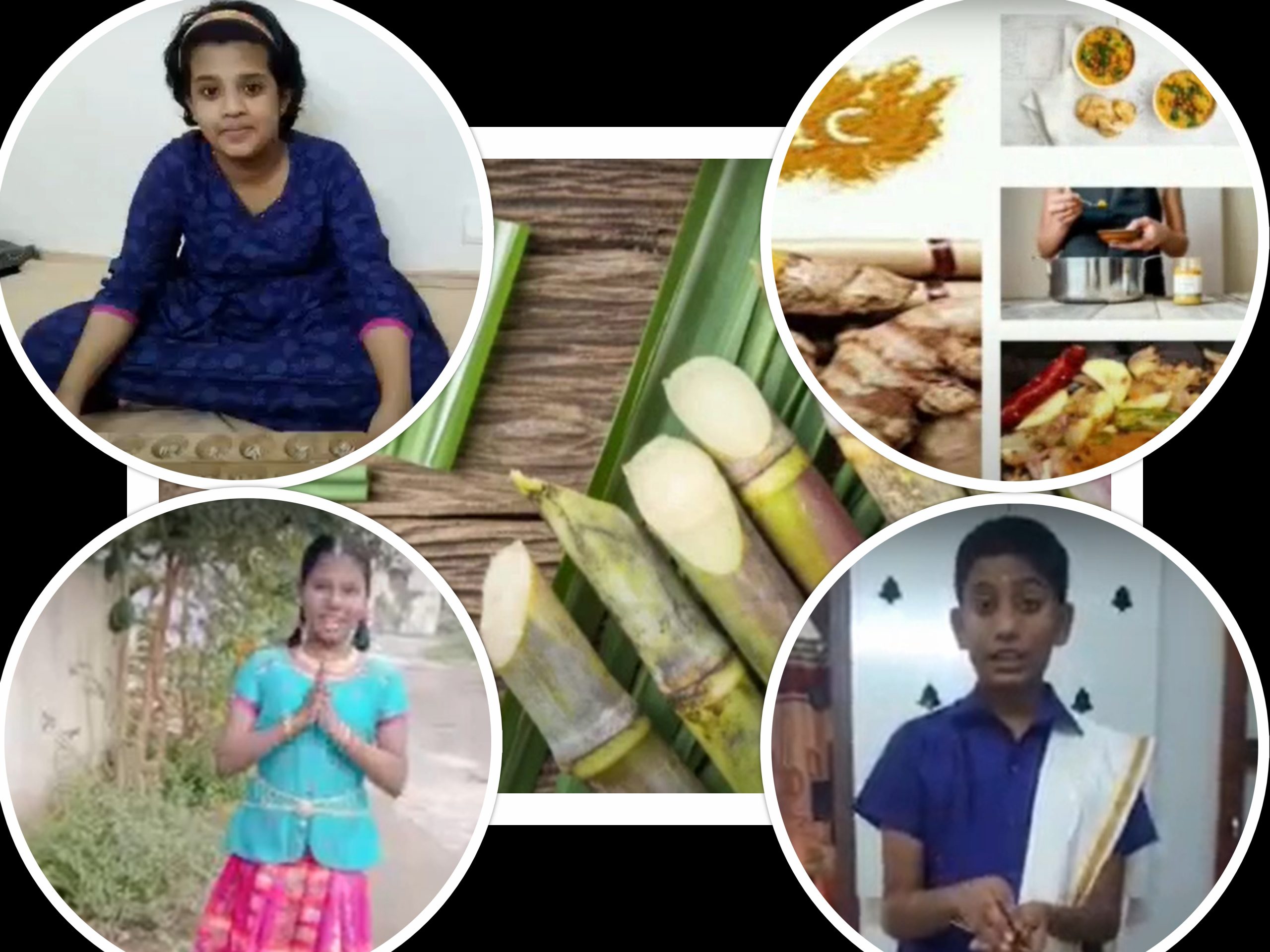 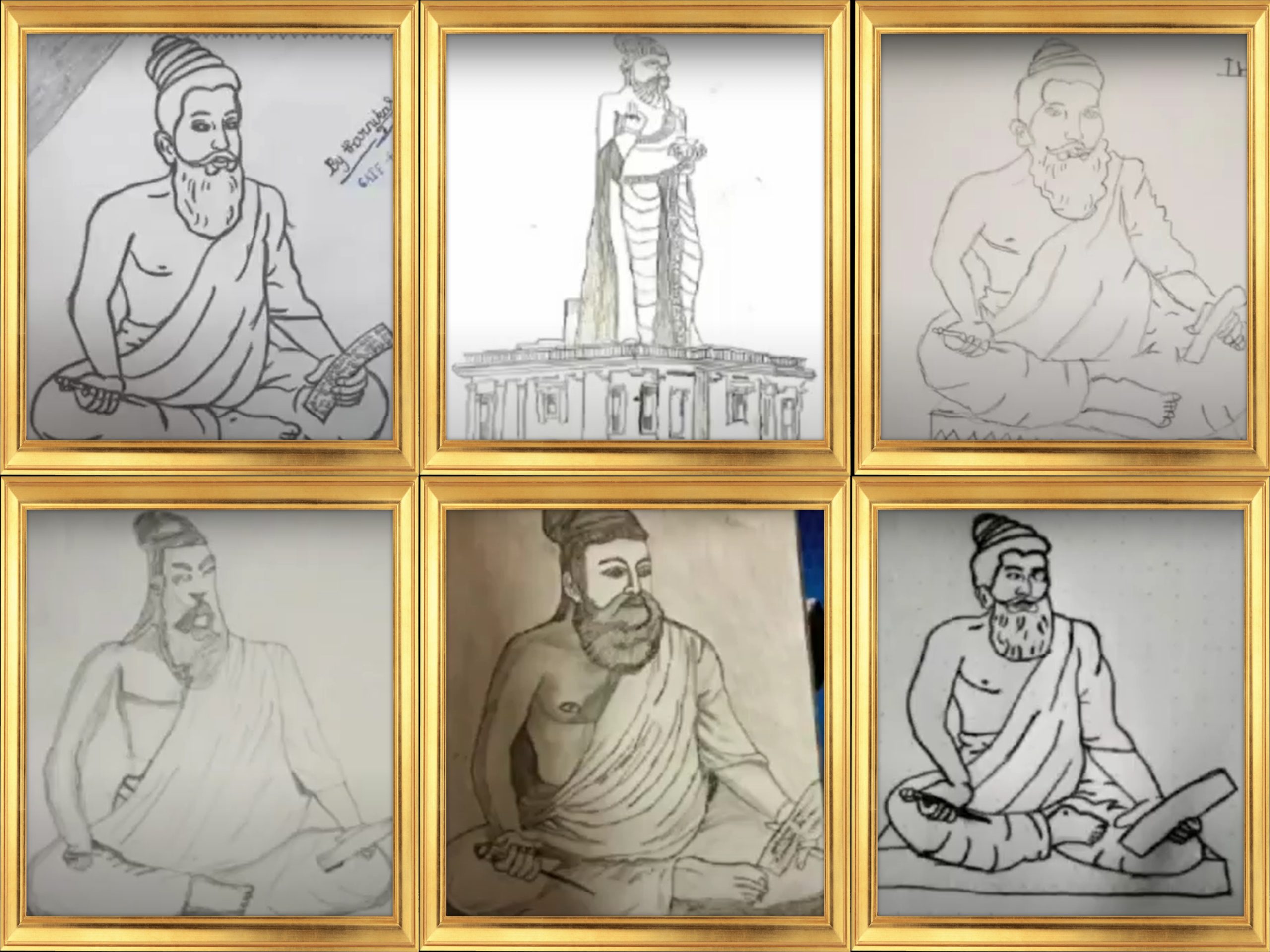 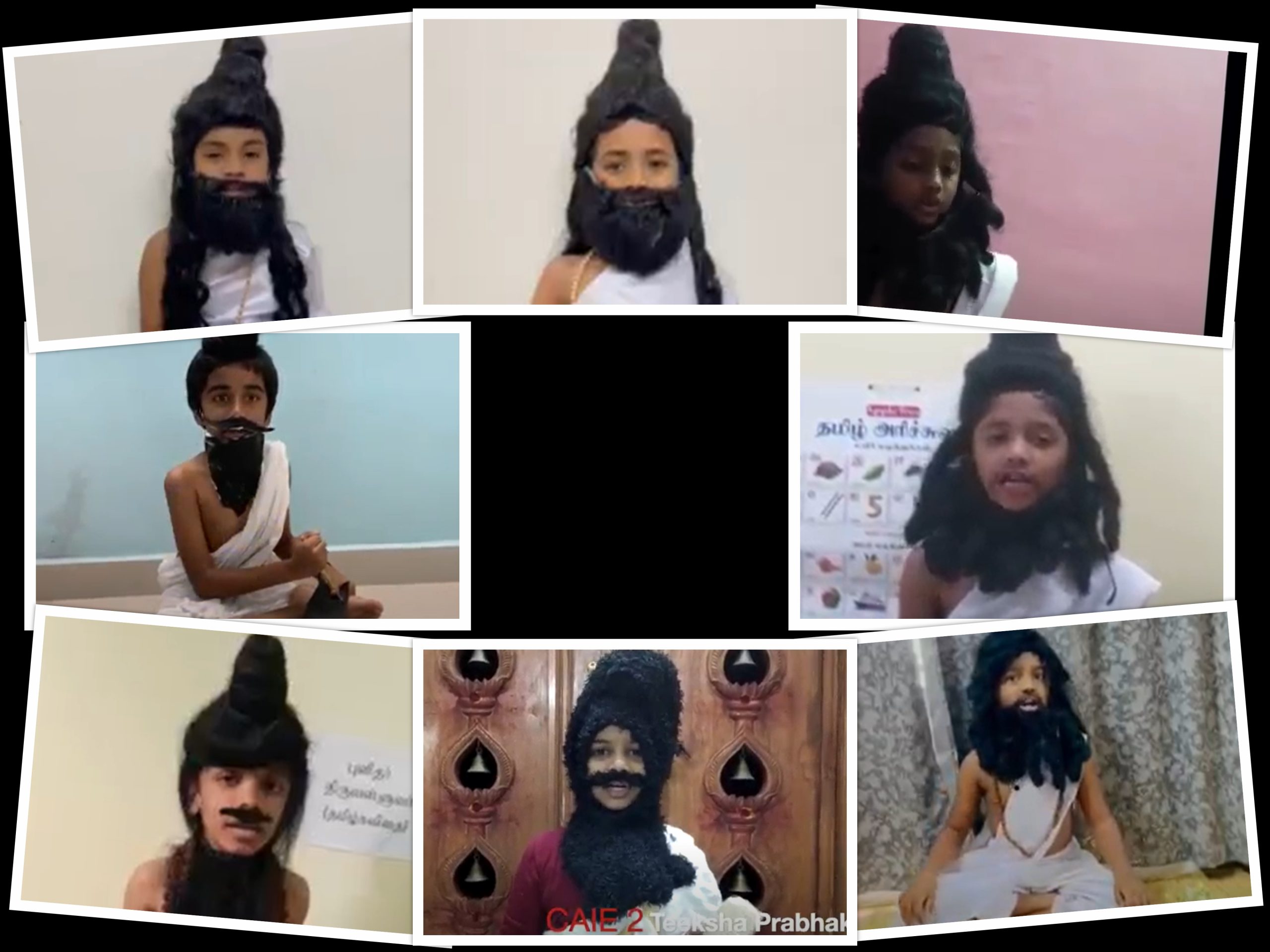 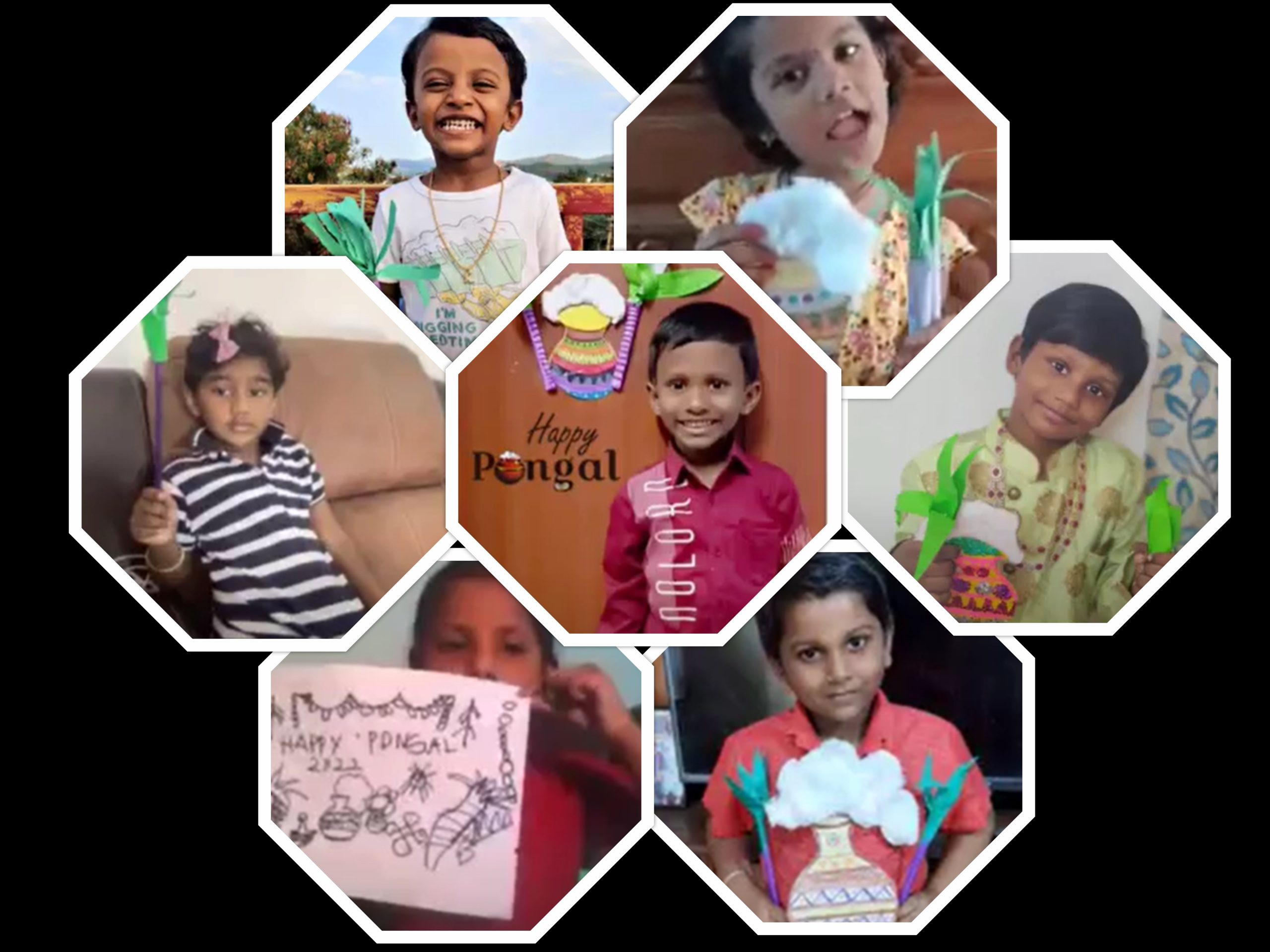 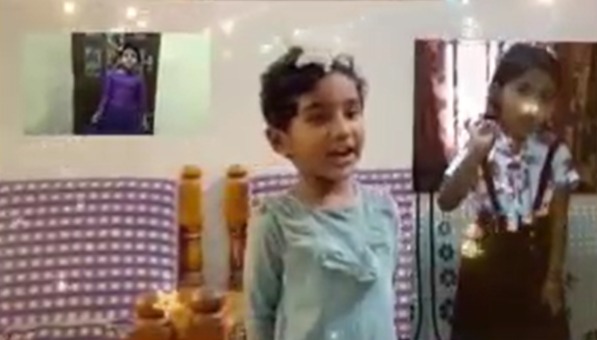 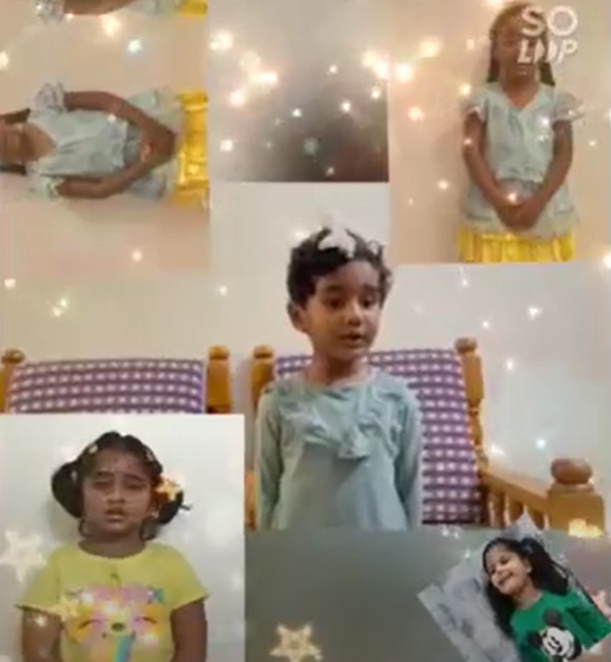 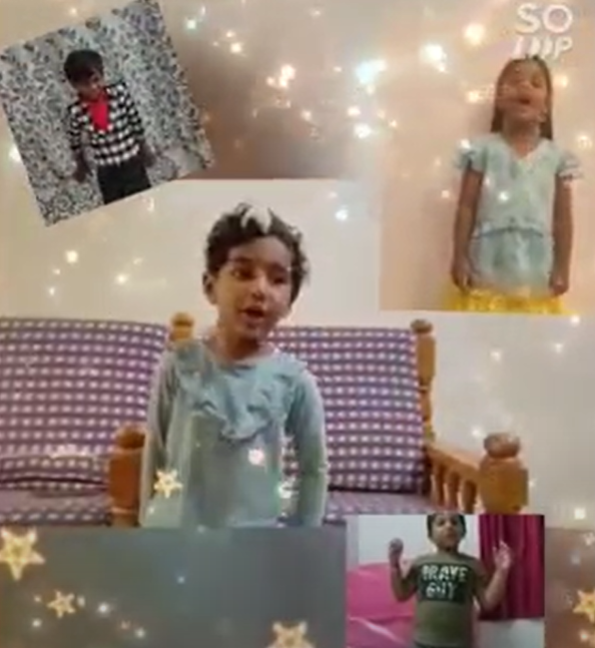 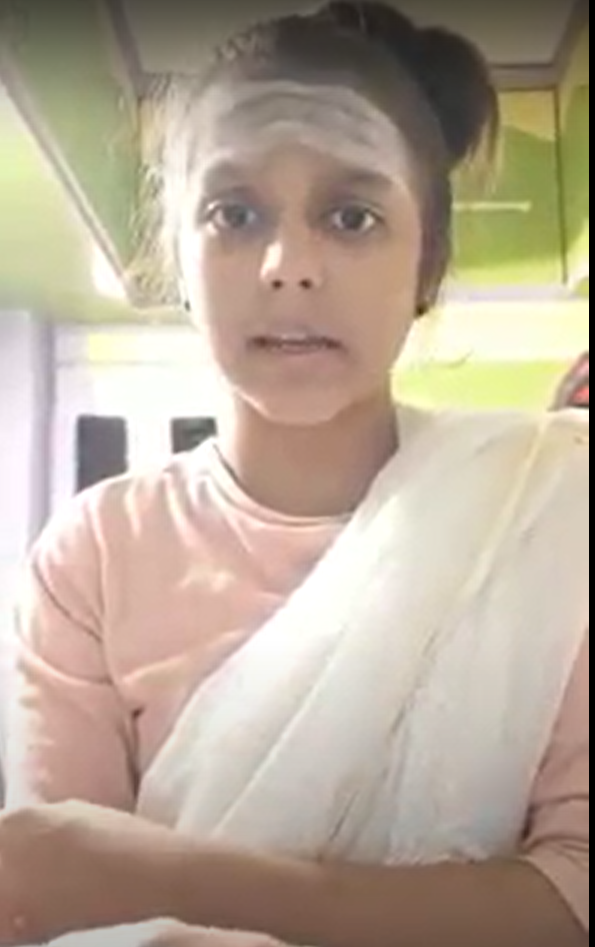 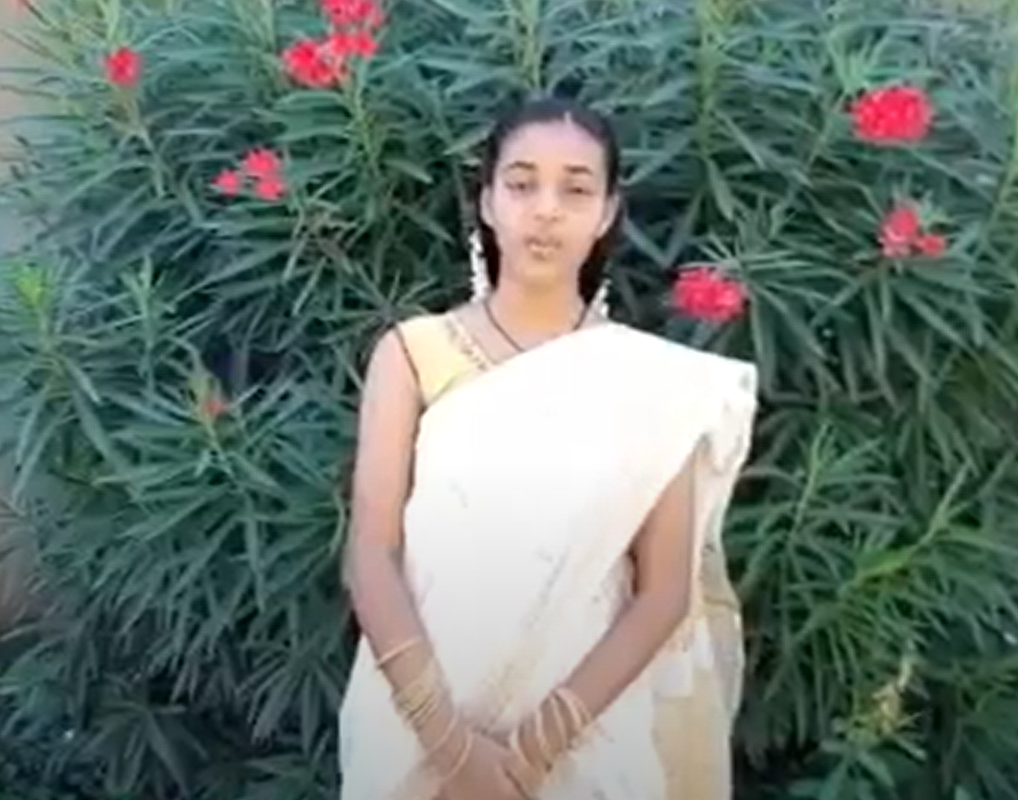 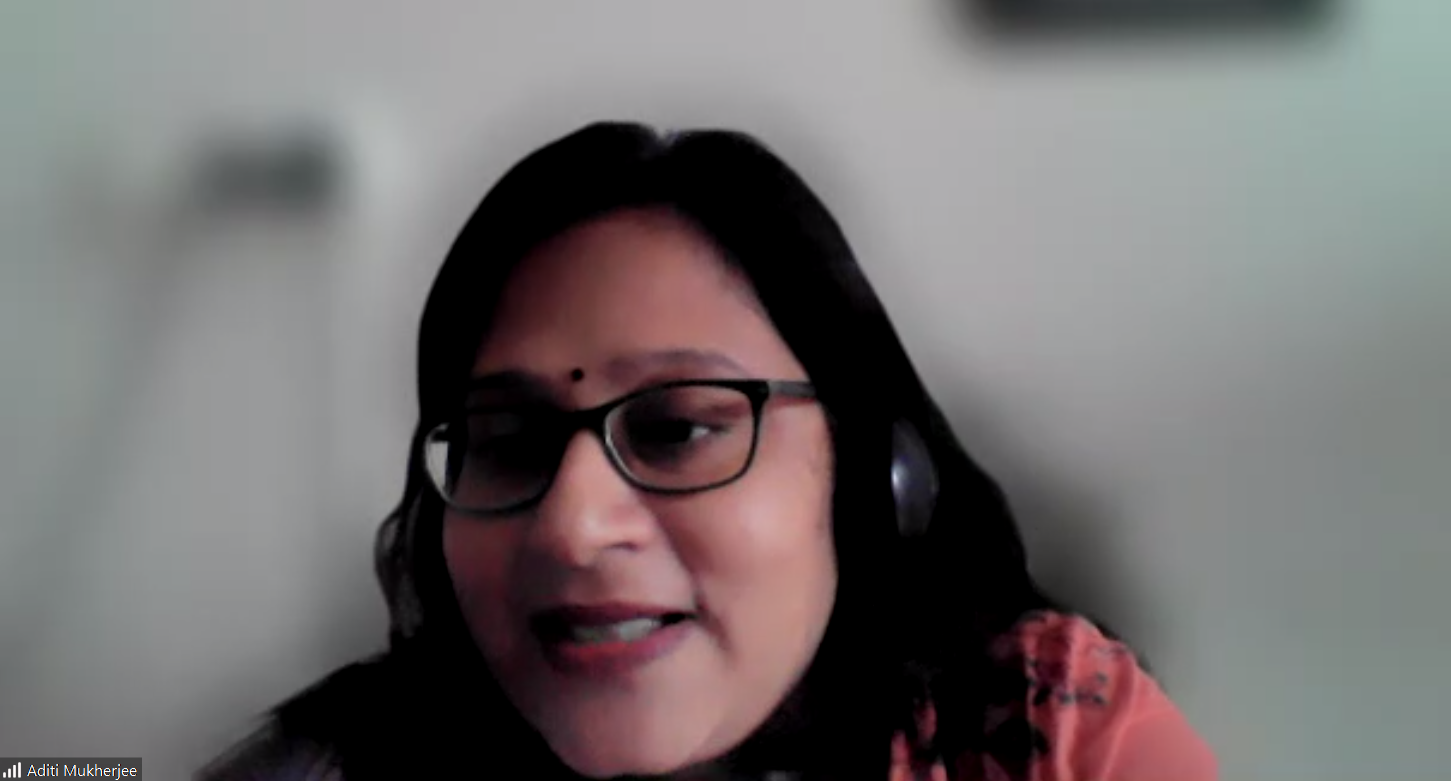 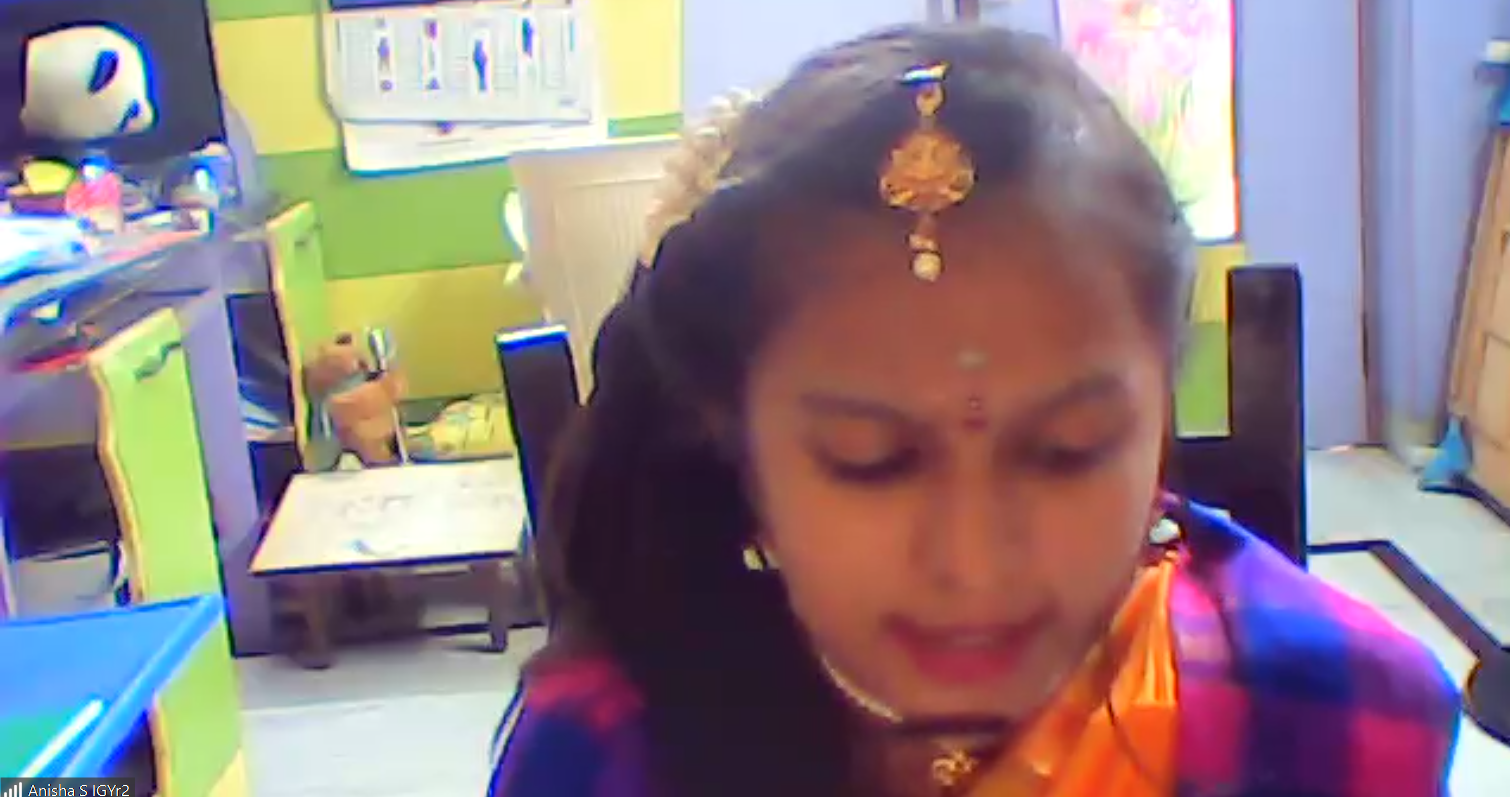 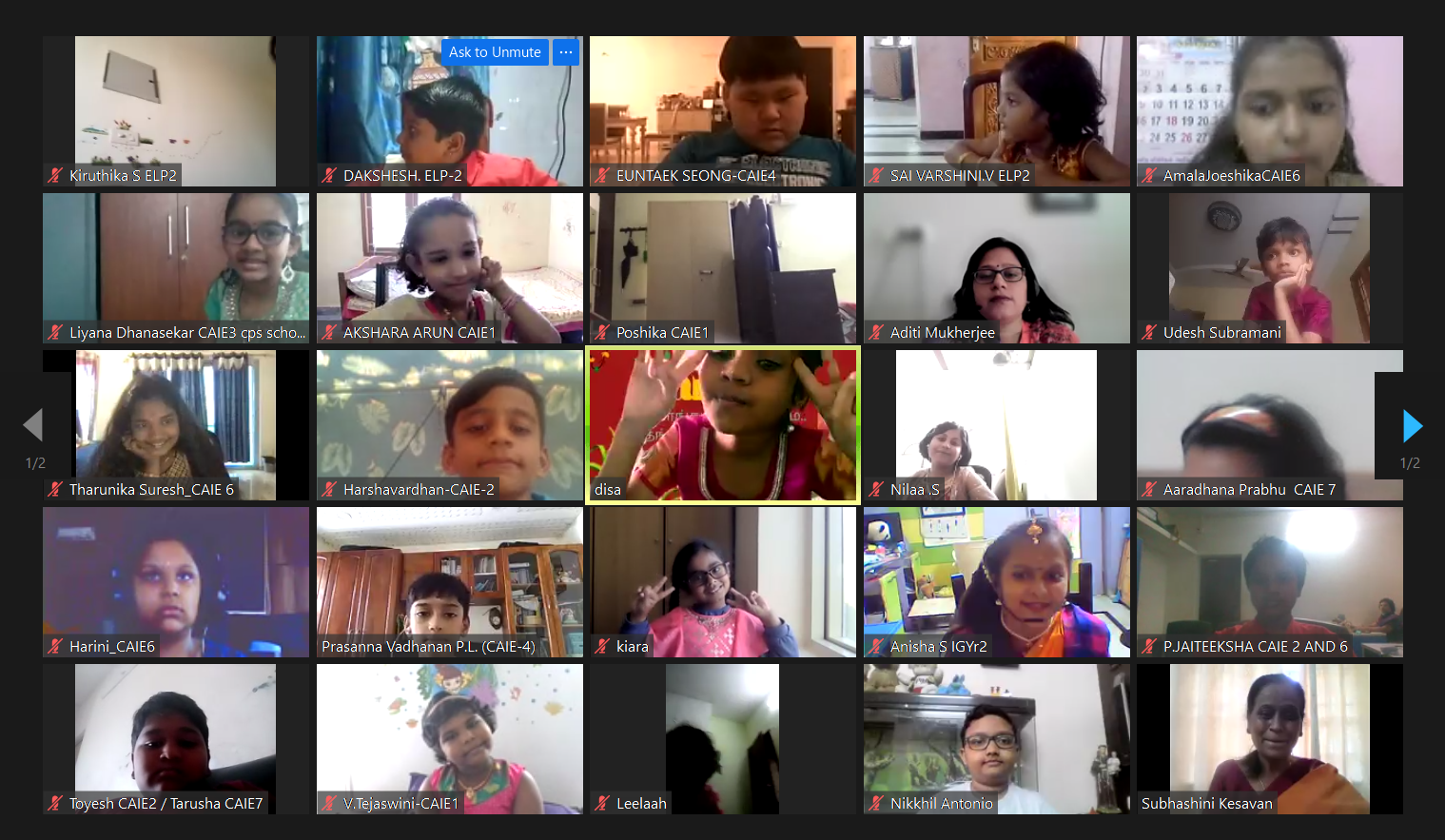 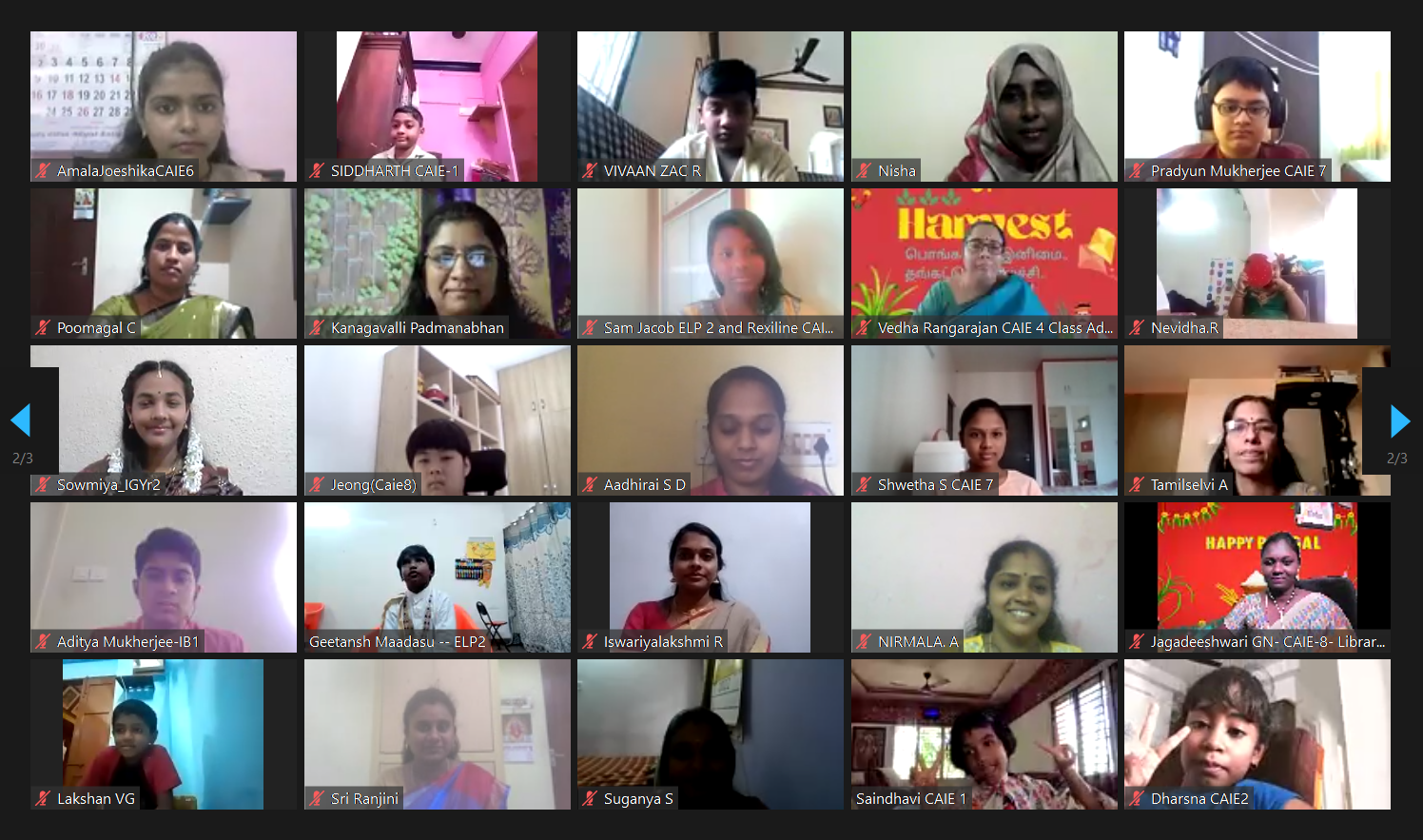 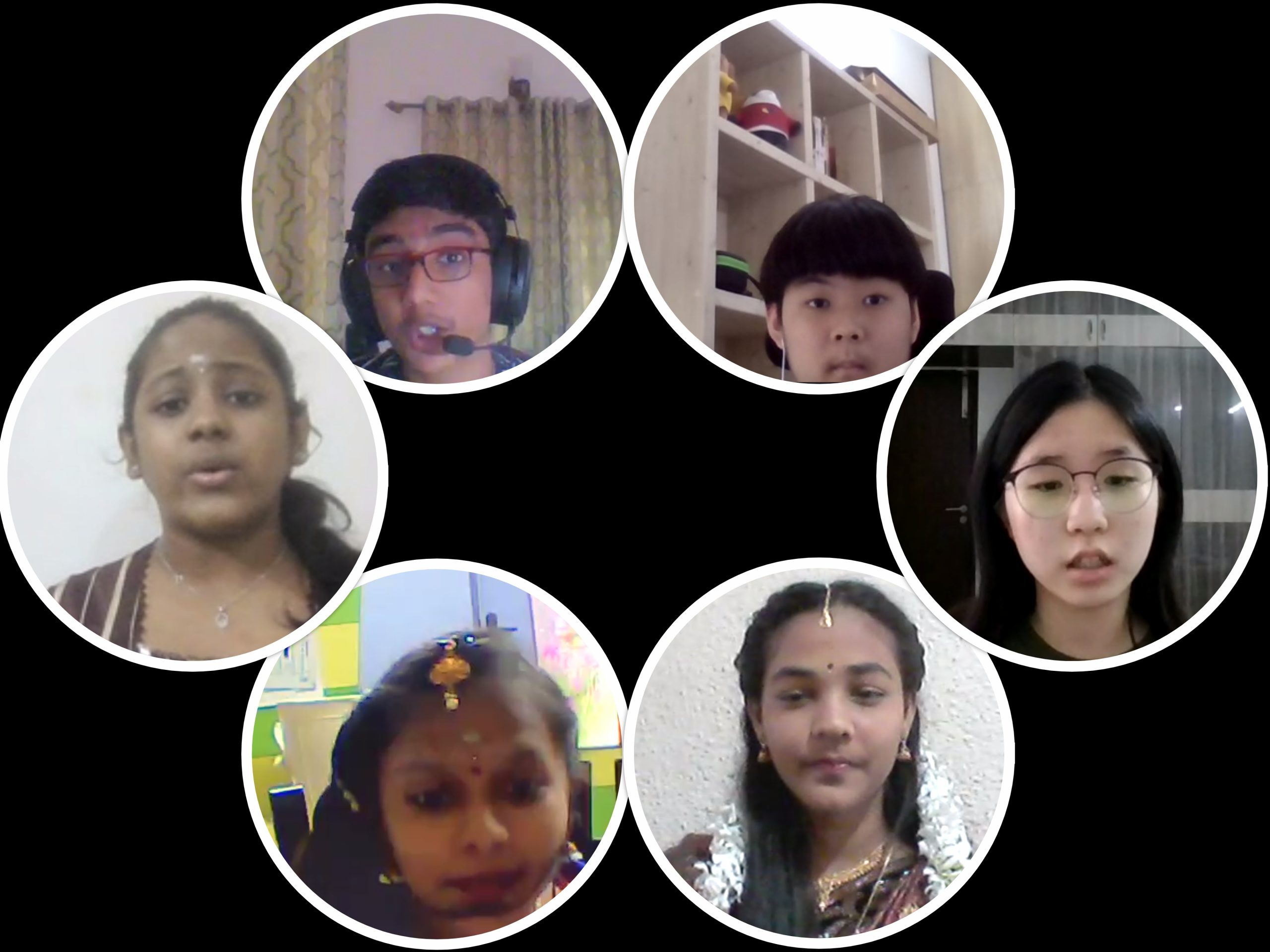