“Leadership is having a compelling vision, a comprehensive plan, relentless implementation, and talented people working together.” – Alan Mullaly

Proving this vision, the epitome of youth diplomacy, MUN4 India 2019came live at the CPS Global Education Campus. All diplomats prepped and enthused for Day 1 of MUN4India 2019, fervent to represent influential countries, discuss today’s most pressing issues, and insightfully debate innovative solutions that would benefit their nations.

The day began with a prayer song beautifully rendered by our young students, invoking the blessings of the almighty and formal welcoming ofthe dignitaries, Executive Board members from the Worldview Team, diplomats and faculty advisors. The diplomats were charged up with vibrant vigour and poise after stimulating and empowering addresses by Vice Chair, Kavya Subramanian, and Head of School Mrs. Jayu Ganesh.  The stage came alive with ethereal classical recital by Schwetha and Manassa leaving the audience awestruck. A startling energy filled the auditorium with wonderful music as the CPSGS’ very own band, Decibel performed.

To motivate and instil the delegates with belief and inspiration, the keynote speaker, Mr. C. Govinda Krishnan, founder of Nethrodaya, resource centre for the visually impaired, enthused the throng with resounding cheering words.

Energized from the pre conference session, with little to no delay, the debating MUN conference began.

With over 200 delegates from all over Chennai, the first day of the conference was quite eventful. Each nation present in the committeeswas affected by given agenda in one way or another, and this allowed a lot of participation from the delegates. The delegates were engaged in familiarising themselves with the rules of procedure and the agenda followed by the roll call. During the committee sessions, there was an influx of innovative ideas to combat the issue ranging from trafficking of children to achieving universal and equitable access for safe and affordable drinking water to climate issues like impacts of tourism on marine ecosystems to the future of implementation of the Paris Climate Agreement.

UNWTO’s nascent MUNners enthusiastically put forward their argument and contributions. There was a little humour in the room too, to break the tension of the formal debates. However, the debates characterised leadership qualities and extreme confidence. The Chair of UNEP significantly encouraged all the first-time MUNners to put forth the agendas. The debates were evidences of hard work that the delegates had put in their research. The delegate of India exhibited excellent diplomacy during the unmoderated caucus making sure everyone was involved in the discussion.  Likewise, UNDP and UNWTO MUNners engaged in highly productive moderated  and unmoderated caucuses. The first day of UNICEF was very issue-based, with almost all delegates getting a chance to speak. The most notable delegates included the delegates of Qatar, Venezuela, USA, Bahrain, and South Africa. Of course, like any fast-paced committee session, there were constant rebuttals and points of order adding flavour to the day’s proceedings.

The faculty advisors’ session was engaging and their positive feedback on the entire organisation of the event proved to be a further impetus for host school! The volunteers also did their bit,adding grease to the MUN4India engine to run smoothly. Overall, the first day of the committee sessions were both enlightening and fun. The delegates left for the day, hearts thrumming with visions of success and achievement and an urge to do even better the next day. 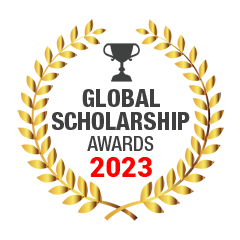