The most anticipated 7th Annual Sports Day of CPS Global School, Thirumazhisai was yet another glorification of talent, determination and unity. The scorching field vibrated with fiery vigour, and it was adorned with pulsating house flags. The gaily decorated canopies, the marked tracks, and the victory stand truly reverberated the competitive spirit in every sporting star.
The day began on a formal note. Each houses proudly marched, while the drum beats echoed the sky, the shriek of commands steered the pace. Hoisting the flag unveiled the moment of nationalism, and the true sporting spirit circled the field with the exalted torch bearers. The formal disclose of the meet and the inspirational speeches by the Chief Guest Dr. R.Natarajan, an IRS, International Athlete, IAAF Level 2 Coach, Director-ISPA and the Guest of Honour Ms. I.K. Pranamya Rao, Indian Roller Skater geared up the sportsmanship in every individual, which created treasured reminiscences.
The ensuing sporting events and displays enthralled the audience and in particular, the track events and relays had the loud cheer for each house, Alphard, Canopus, Diadem and Plasma, boomed the field. The rich and colourful displays embraced ELP kids’ Miniature Star ramp walk, ELP 3 students Sensuous Sensu, a Japanese fan drill, CAIE 1-5 Ballistic Bouncers, Ball Drill, CAIE 6-IBYR1 girls’ Pranadipa, The Awakening of the Soul, Yoga Drill, and CAIE 6- IBYR 1 boys’ Tower of Faith, Human Pyramid was just feast to the eyes and captivated the throng leaving them awestruck.
The moment of magnificence reflected on the victory stand; the prize distribution mirrored the passion of every champion, their hard work and determination. The champions of the houses Canopus and Diadem victoriously roared, when it was announced that they were the winners and runners of the Overall Championship. The disclose of the March past result was such a palpitating moment while the house Plasma splendidly winning the trophy, and the house Diadem securing the runner up trophy. With the formal close, and the lowering of the flag and with the resonance of National Anthem, the Sports day 2019-20 was certainly, an unforgettable finish! 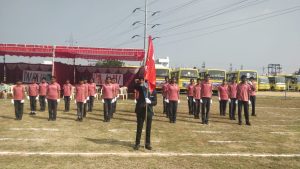 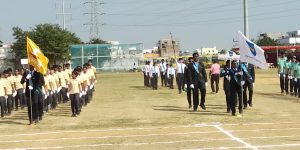 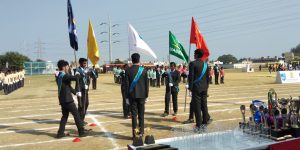 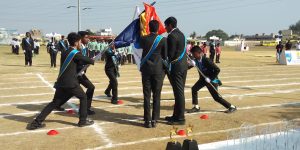 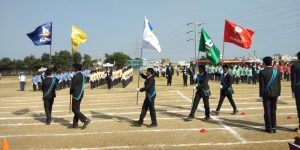 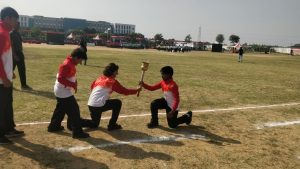 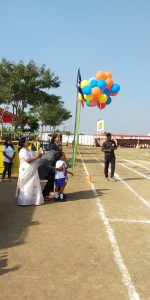 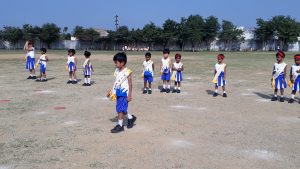 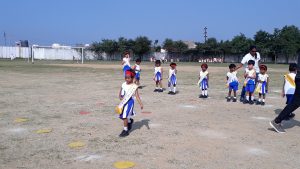 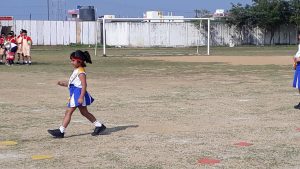 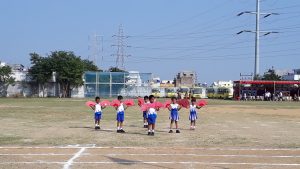 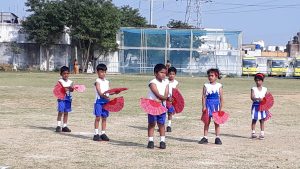 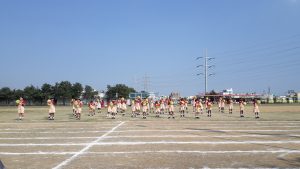 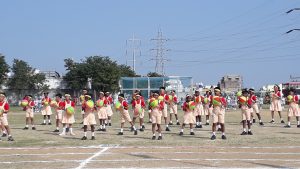 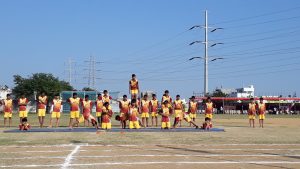 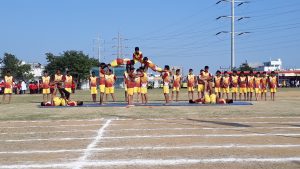 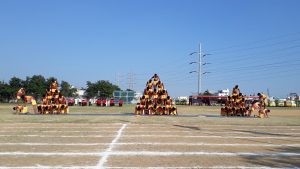 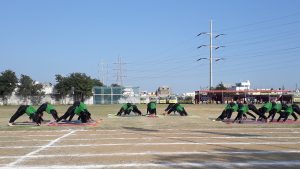 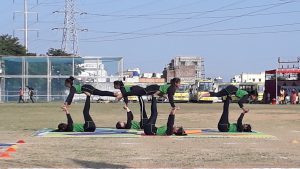 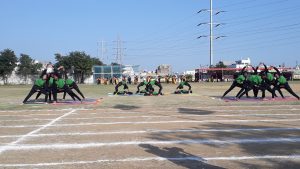 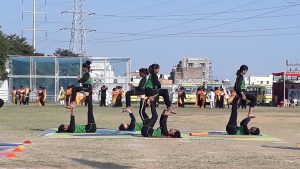 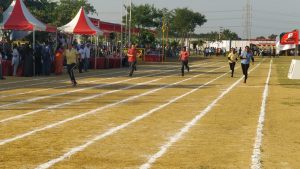 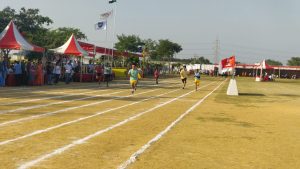