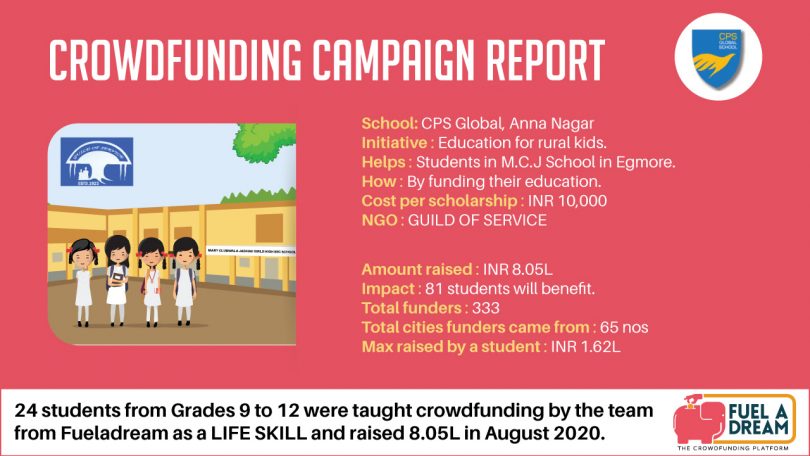 “Educate a Girl and she will change the world”

“The education of girls has to be at the centre of any nation’s effort to transition from poverty to prosperity,”

“They’re our dreamers and our visionaries who could change the world as we know it.” For the creation of a decent, advanced and superior society, it is essential for its people to be educated, and women are not just an important cog in the wheel, but also an integral pre-requisite.

As society continues to change in response to new technologies, so do the habits and behaviours of today’s students, On 14th August, Students of CPS global from IGCSE to A level took up a crowdfunding campaign to help raise awareness and funds to transform the lives of children from economically stressed homes. Funds were raised and utilized to educate the kids at MCJ Girls School, Egmore in Chennai. A total of 24 students took part in this Campaign. It was a 20 day campaign and our students were successfully able to generate funds of INR 8, 05,296 which would benefit 81 girl Children’s Education .Maximum Fund of INR 1, 62,000 was raised by Nidhi Vora of IGCSE . Our young Fundraisers used dignity and honour not apology, when asking to give a gift for a charity  with a noble aim and successfully completed their goal. 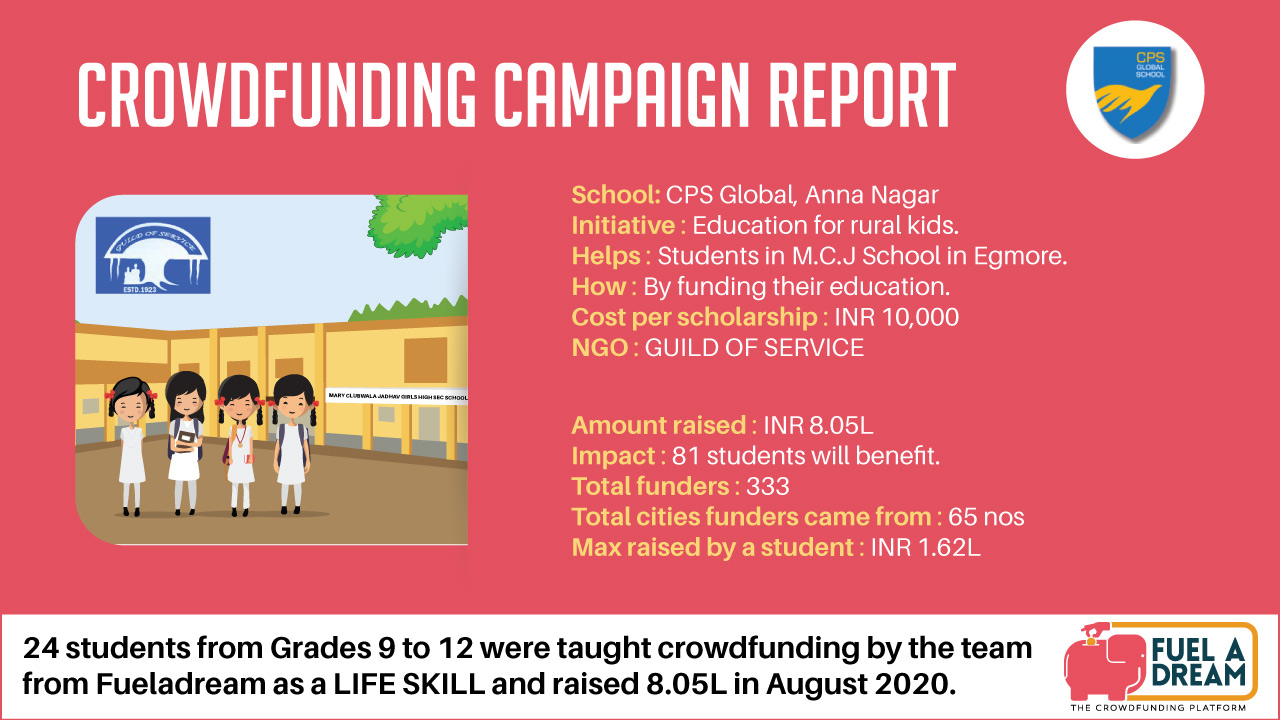