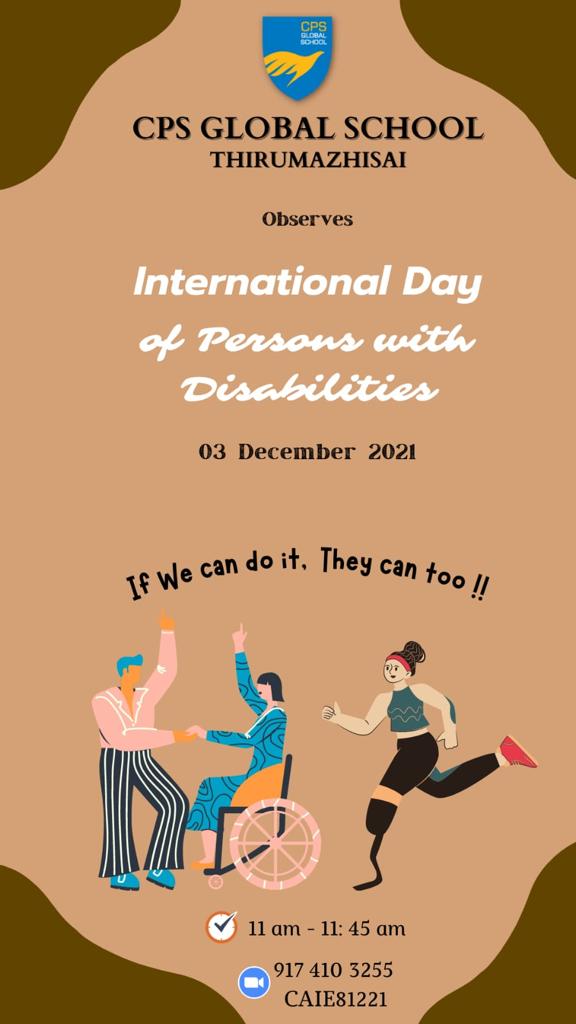 The central and transformative promise for the 2030’s sustainable development
goals is LNOB (Leave no one behind). The agenda stresses that the unequivocal
commitment to nurture a just society by the member states of UN (United Nations)
deserve to remain paramount until the evils of society in the form of discrimination
and exclusion are culled. The empowerment of the impoverished that leads to a
society which treats every citizen with equal rights should necessarily be the world
everyone wishes to create.

The International Day of Disabled Persons, a promotion
by UN is observed every year on the 3 rd of December since 1992 that upholds equity
for the differently abled brethren who vows to make a living by genuine means; but
the situation in which they are left to torment plays spoilsport and it withers their
determination to make a living with their own means. The legend has it that the origin
of the word, Handicap (formerly used to address differently abled people) goes back
to the 18 th century when the differently abled counterparts who were majorly war
veterans used to ask for alms by holding a cap (hand-in-cap) with its buckram facing
upwards; and that is how inhuman the world is; which doesn’t flinch an eye to name
people on the basis of their inabilities.

We at CPS Global School, Thirumazhisai
organised a talk to get the students stay aware about the difficulties that differently
abled persons undergo on a regular basis. The talk was presented by Ms. Uma
Mageshwari, Student Councillor who vividly portrayed the plight of differently abled
people that not just motivated the students to be kind to them but also treat them as
one amongst them, she also stressed that it is this treatment that would empower
them and get them determined to lead a successful life.

The video showcasing the
winning moments of Tamil Nadu based paralympian was shared during the event
that set the right tone as the video made the students believe that differently abled
counterparts can also groom themselves to become showstoppers and crowd-
pullers. Ms. Uma went on to describe the types of differently abled people like
learning disability, hearing disability, visual disability, mental retardation, physical
impairment and speech impairment with an added emphasis on their challenges to lead a normal life which ranges from being bullied by the fellow humans to lack of
access to education and employment.

The students were also made to listen to
some of the testimonials of the students pertaining to the satisfying experience
during their sojourn to raise funds for prosthetic legs; and their assistance for the
differently abled university post graduate students majoring in History and English to
complete the assignments which has led them to complete the degree. The
Academic Coordinator, Ms. Aditi Mukherjee at the concluding moments of the event
spoke about the talents that differently abled people showcase in music and arts
which even surpasses the talents of the able-bodied individuals; by also stressing
that it is these traits and characters which should be used in addressing them like,
singer, artist, etc. rather than referring them as differently abled persons.

The
contributions by the differently abled people to the world is numerous, Stephen
Hawkins in the field of science, Hellen Keller in the field of literature and the most
recent sensation, Peter Dinklage in the field of entertainment to name a few. All of
the aforementioned stalwarts share one thing in common, they treated themselves
on par with other able-bodied individuals, making them earn success and fame and
this gets one to remember the witty remarks of the actor, Warwick Davis, who once
exclaimed that the world worries about disability than the disabled peopled do. Let us
join our hands to make this world a better place for the differently abled by saying no
to discrimination and inequality. 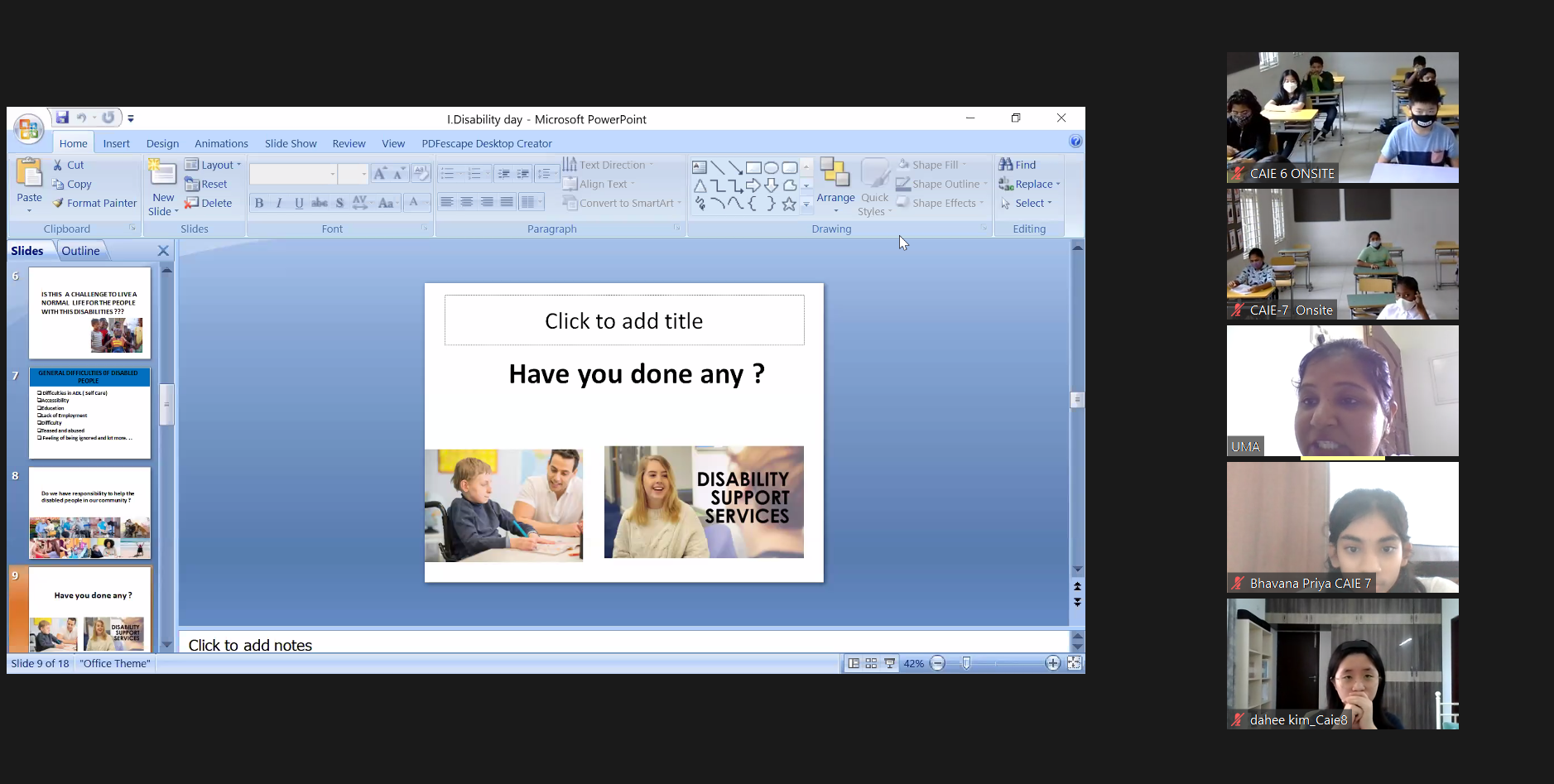 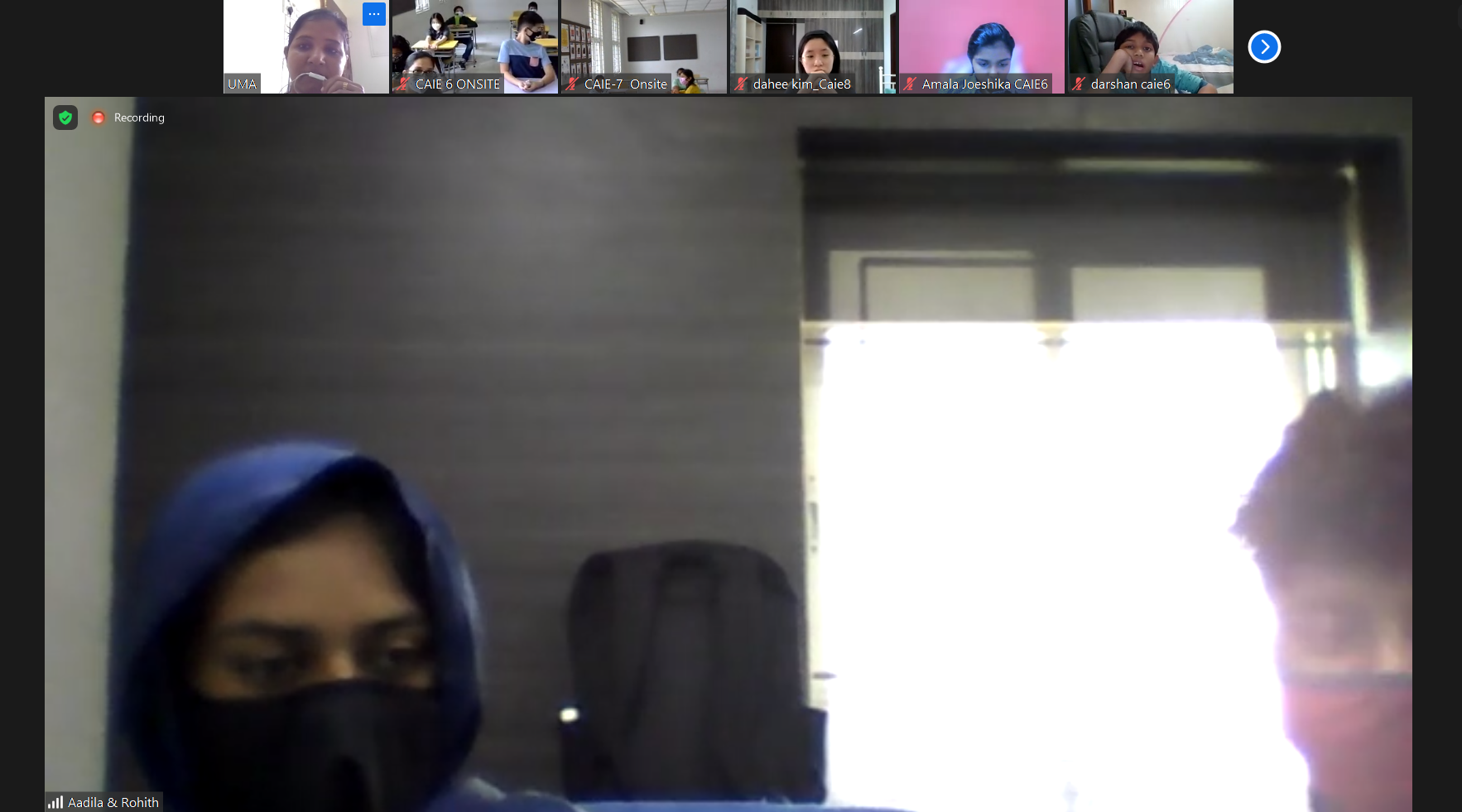 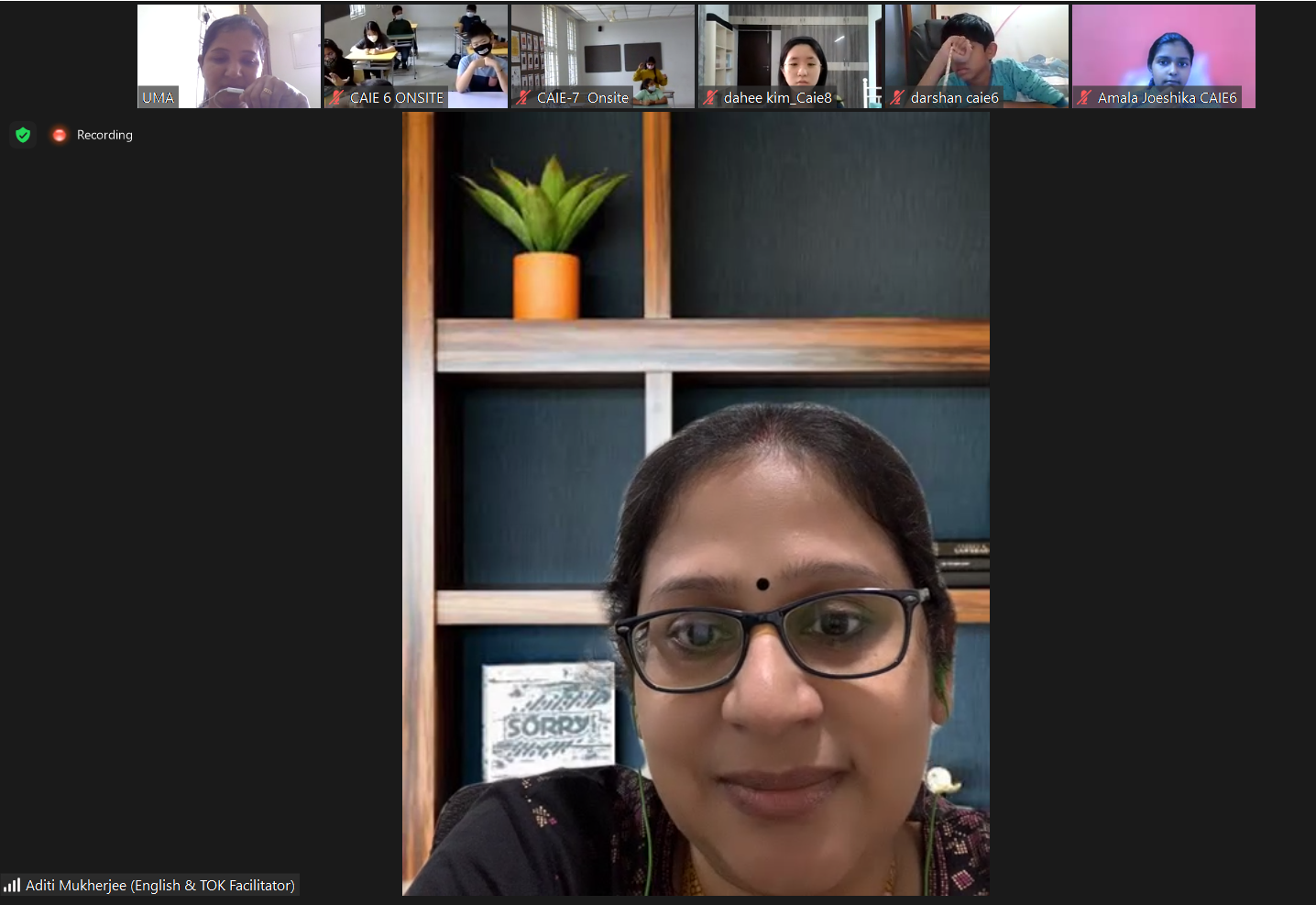