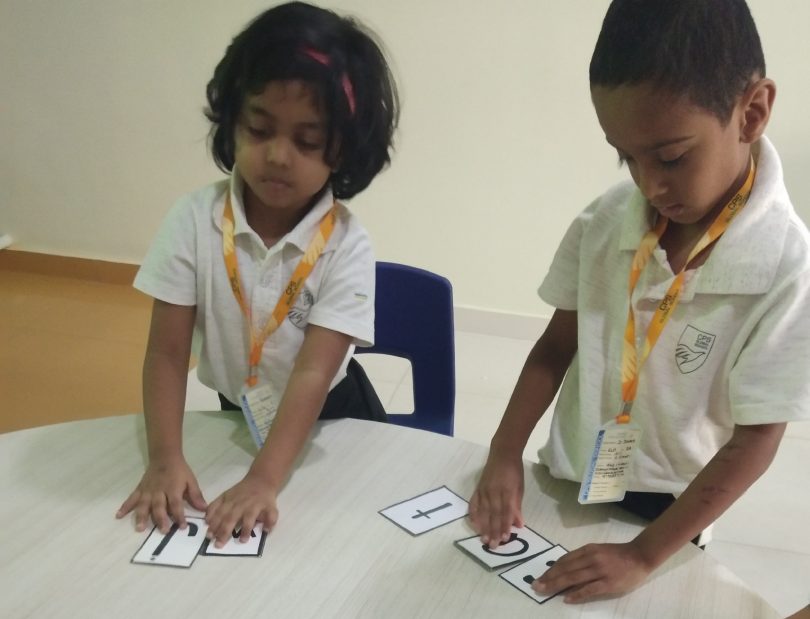 Children are now familiar with all the words of the alphabet, their sounds and also how to write them. They now know which letter is a vowel and which one is a consonant. Recognizing and distinguishing vowels from consonants is an important step in the development of reading since all words and all syllables in words contain at least one vowel.
Now they have gradually taken the next step to make words with these letters. Word building starts off with a CVC approach. The sound of a consonant, vowel and a consonant.
“BAG” as you can is see is one such an example.
Isolate the vowels –was a play and learn activity done in ELP 3b.
Letter flash cards were made and each child had to separate the vowels from the consonants and use the vowel to make a 3 letter word. Since they have been learning “a” and “o” cvc word families they could breeze through the activity.
The children made the letters talk and we teachers of ELP 3 b were lost in listening! 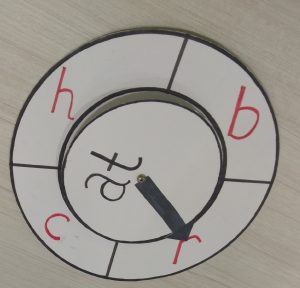 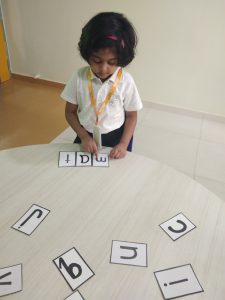 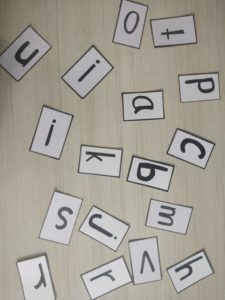