CPS Global School, Thirumazhisai proudly celebrated its founder and chairman, Mr. N. Devarajan’s
birthday on the 18 th of December, 2021 with great zeal and enthusiasm. Mr. Devarajan founded the
Chennai Public School with the sole intention to provide quality education to the youth and a vision to
nurture young minds to become not just educated citizens but also responsible and compassionate
individuals who strive to uplift the weaker sections of the society which resonates with the lines of the
famous American activist for children’s rights, Marian Wright Edelman that states, “Education is for
improving the lives of others and for leaving your community and world better than you found it”. Mr.
Devarajan known for his humility and modesty in his personal life went on to institute one of the first
schools in India that was equipped with smart boards and a 5.1 theatre system in all of the classrooms.

At a time when Universities and reputed colleges were complacent with limited technology installed
in their classrooms and auditoriums, Mr. Devarajan not just dreamt to deliver the best to the student
community but also achieved this gargantuan feat and CPS Global School, Thirumazhisai, one of the
schools he founded stand testament to his vision. Be it the technology driven infrastructure or the
green pasture around the campus, the school is every bit a learner’s pride and they left no stones
unturned for making the birthday of the founder and chairman into a memorable day.

The event began with a display of the chairman’s portrait which was a collaborative effort of the
facilitators and a parent followed by the birthday wishes of the ELP (Early Learning Program)
students pursuing the Waterford curriculum through a video. The introduction of the Waterford
Curriculum for the tiny tots was the brain child of the chairman whose vision fabulously blended with
the agenda of the curriculum that incorporates a variety of technologies through engaging activities
like games, songs and stories that help children better their understanding of the world around them
during their formative years. It was indeed thoughtful of the students to come up with a video as a
token of gratitude to the chairman.

The event was steered forward by the birthday wishes of the
CAIE; IGCSE and IBDP students. The on-going hybrid classes that offered the luxury for the higher
grade students to attend onsite classes worked on their favour to send echoing birthday wishing videos
at the backdrop of the lush green campus to the chairman. The lower classes who still wait with bated
breath to enter the school premises sent their birthday wishes for the chairman through videos to the
facilitators who complied their entries and made into a master video which was presented in the event.
Moving further, the event witnessed the recital of a poem written by Sahana of IGCSE Year 2 through
which she thanked the chairman for all the heartfelt work he rendered towards educating young
minds.

The IBDP program infuses an international minded approach through fostering an appreciation of the
human nature through the understanding of the interrelation of language. The students of IBDP
pursuing French as the second language wished the chairman a bonne fête through a video which was
compiled and presented by the French facilitator, Mr. Roghithran.

The Tamil facilitators, Ms.
Suganya and Ms. Poomagal and the IGCSE Coordinator, Mr. Sathyamoorthy recorded their இனிய
பிறந்த நாள் வாழ்த்துக்கள் through Tamil poems that praised the stupendous success of our
chairman in the field of education. T

he Hindi facilitator, Ms. Ponni Deepa wished the chairman a
जन्मदिन मुबारक through a Hindi poem and the event further preceded with the display of birthday
wishing note by the Academic Coordinator, Ms. Aditi Mukherjee who wished the chairman a life of
gratification on behalf of the entire teaching community at CPS GS.

The team leads, Ms. Kanagavalli,
Ms, Vedha and Ms. Iswariyalakshmi also recorded their birthday wishes through small notes. The
Visual Arts facilitator, Mr. Maanas Udhayakumar chose to wish the chairman through a life-sized
mural which turned out to be the icing of the cake in the celebration.

The mural that was kept on
display was thronged by the students who had to request the facilitators to freeze the moment through
a click by the mobile cameras; the students became elated and delighted when the Head of School
rendered permission to click themselves against the backdrop of the mural and it turned out to be a
sigh of relief for the students as mobile phone usage is prohibited inside the premises.

The event was concluded by the Head of School, Ms. Jayu Ganesh through a brief anecdotal speech
that chronicled the life of the chairman and motivated the students to value hard work, charity and
generousness. Later, the HOS wished the chairman, the newly turned octogenarian a happy birthday
and a successful life ahead. 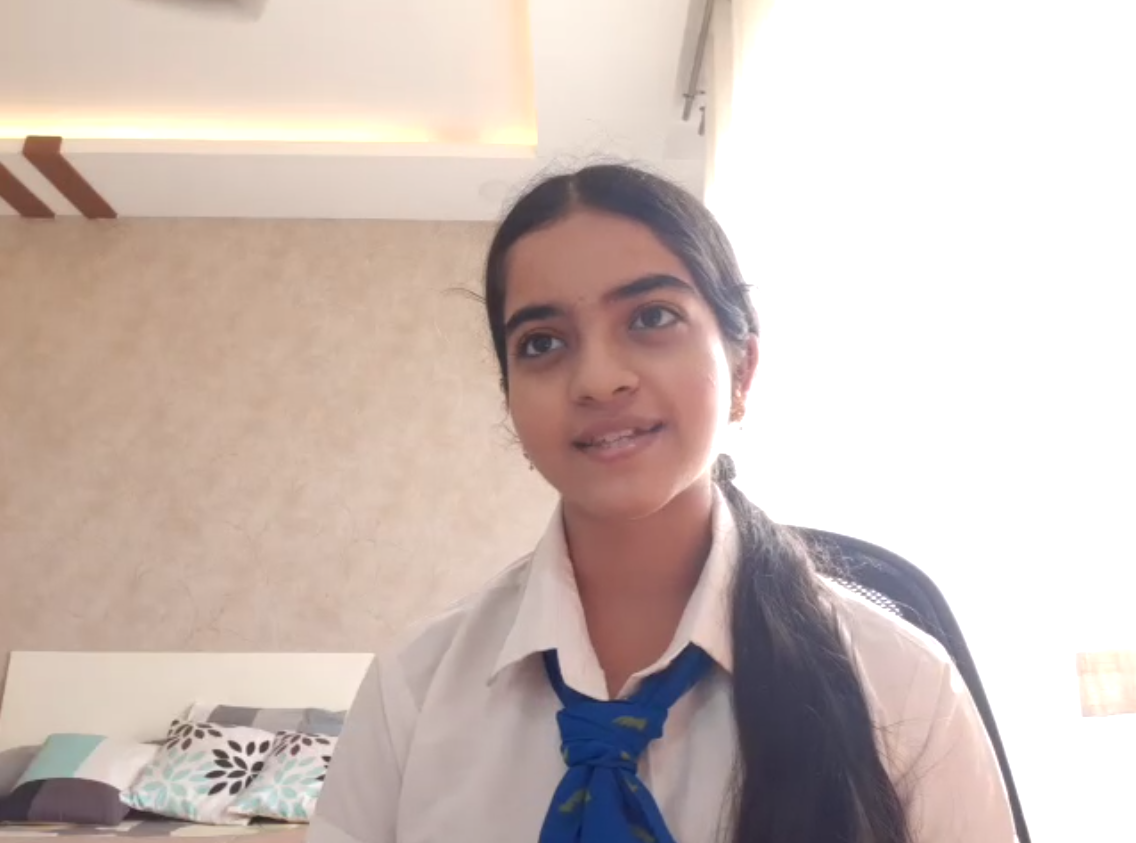 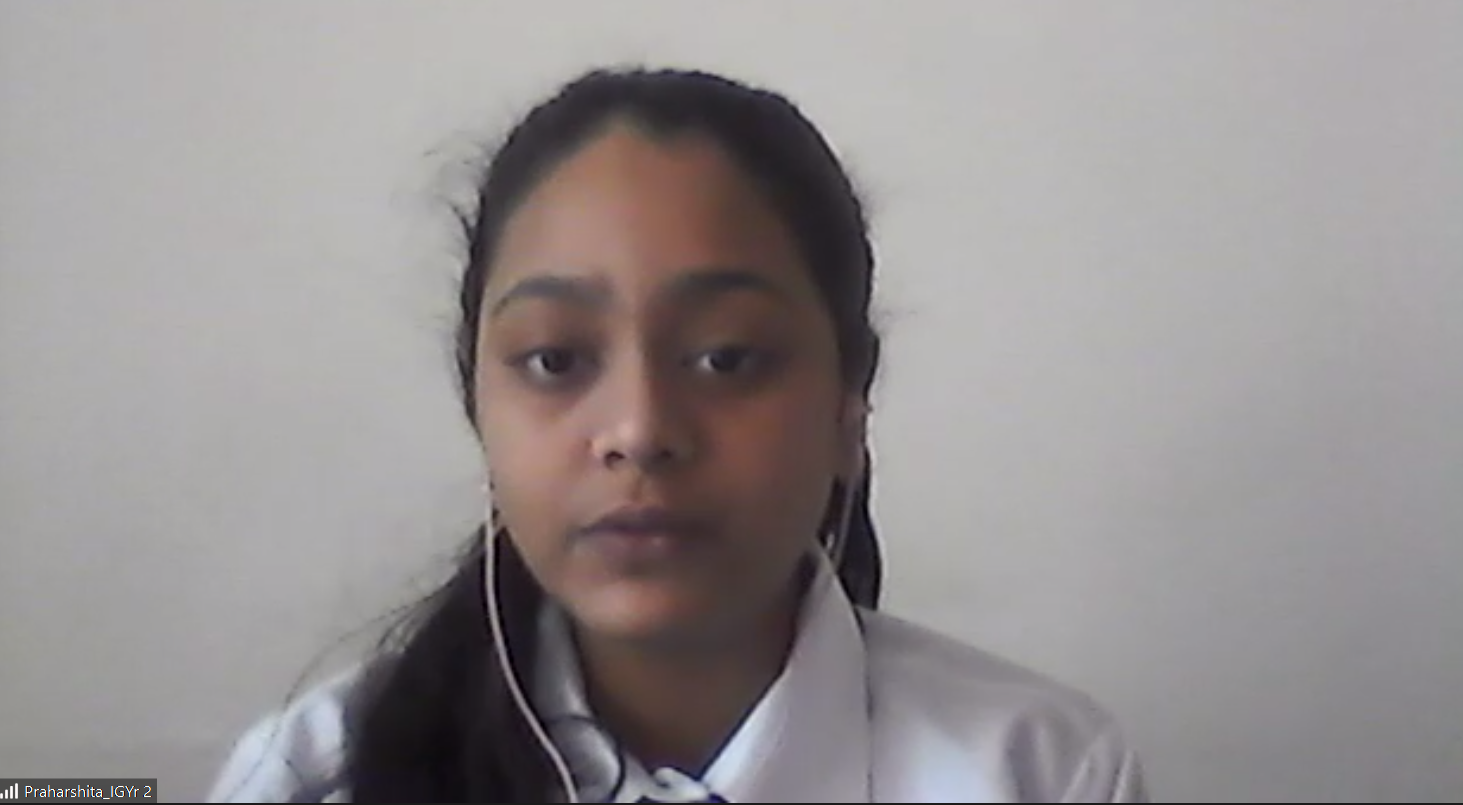 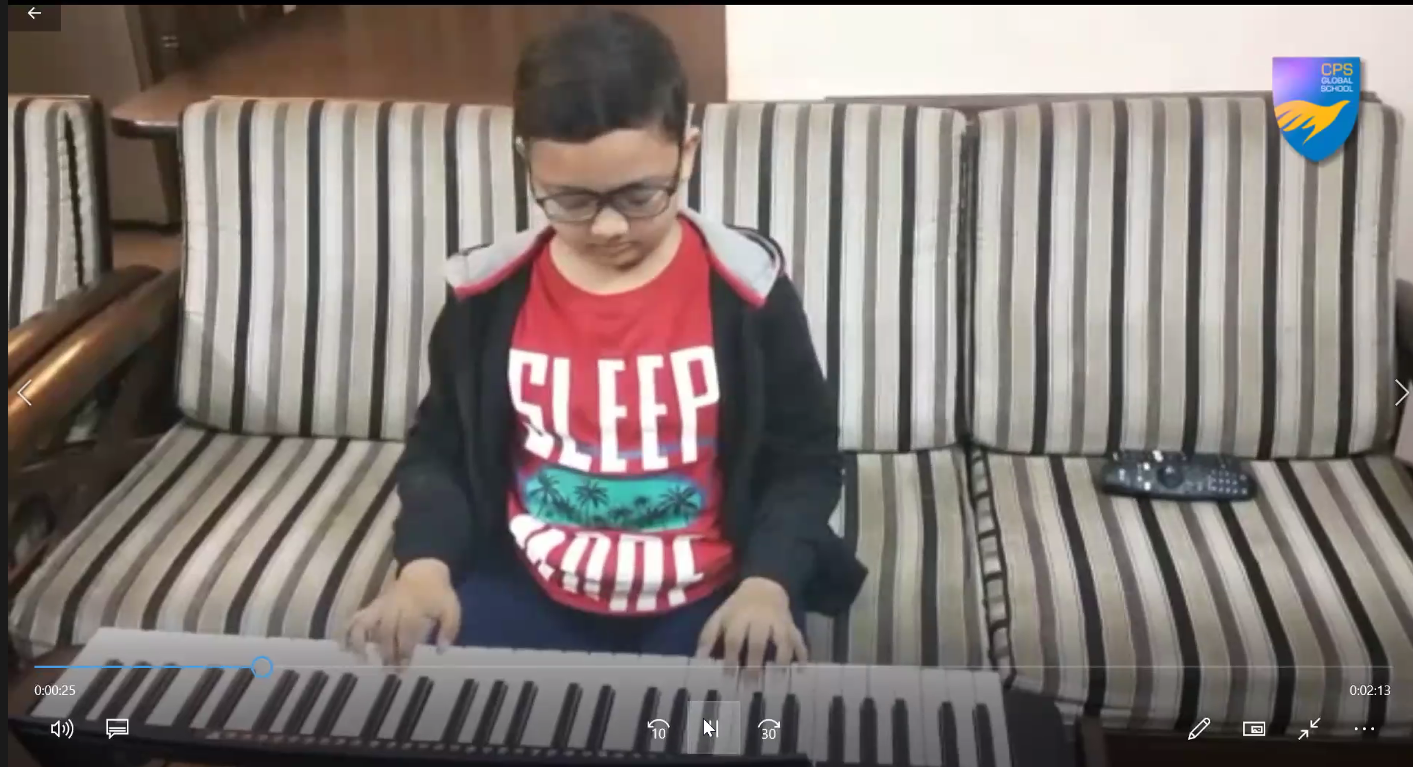 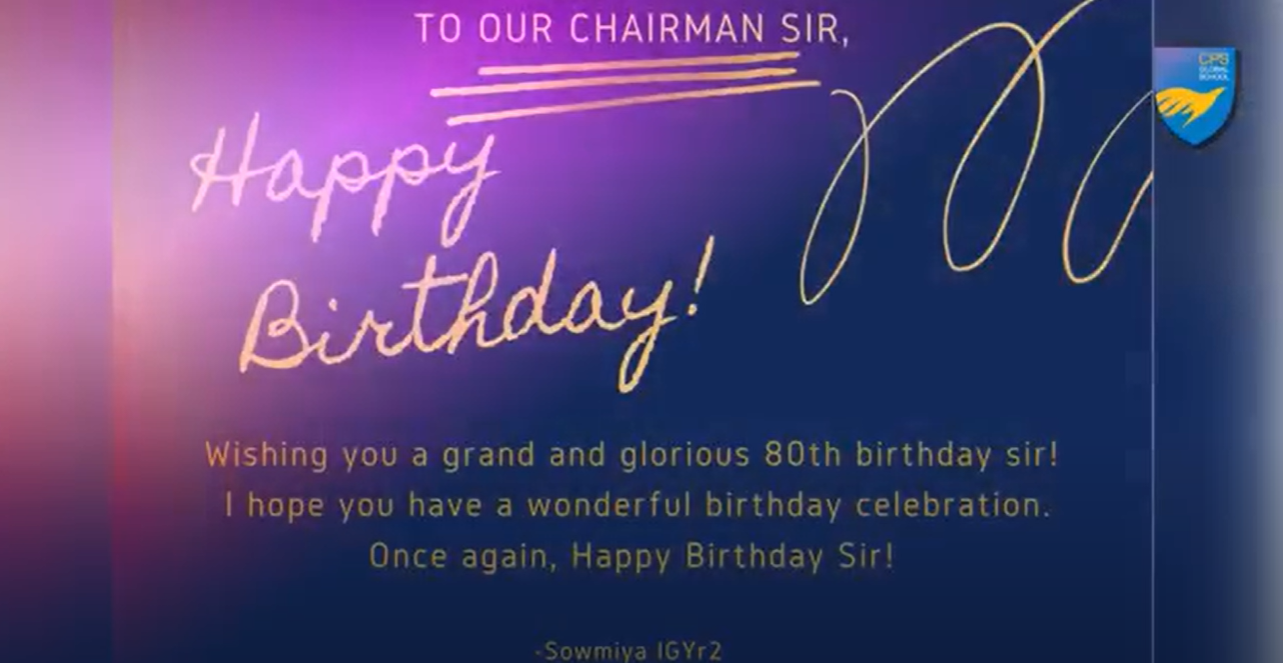 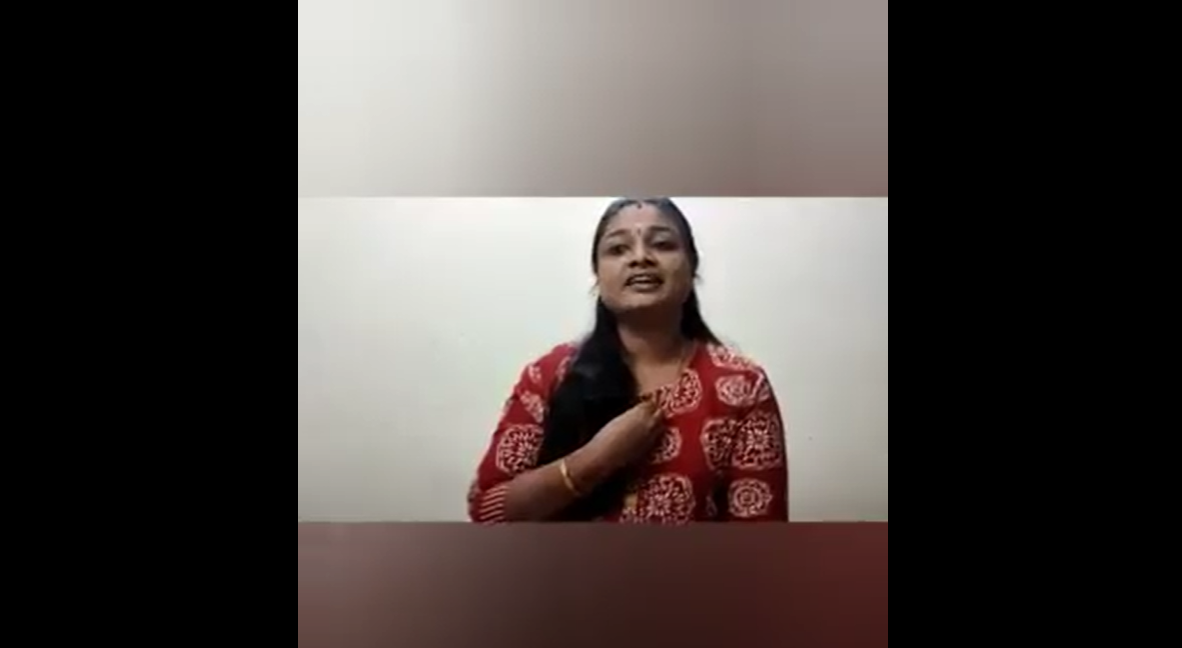 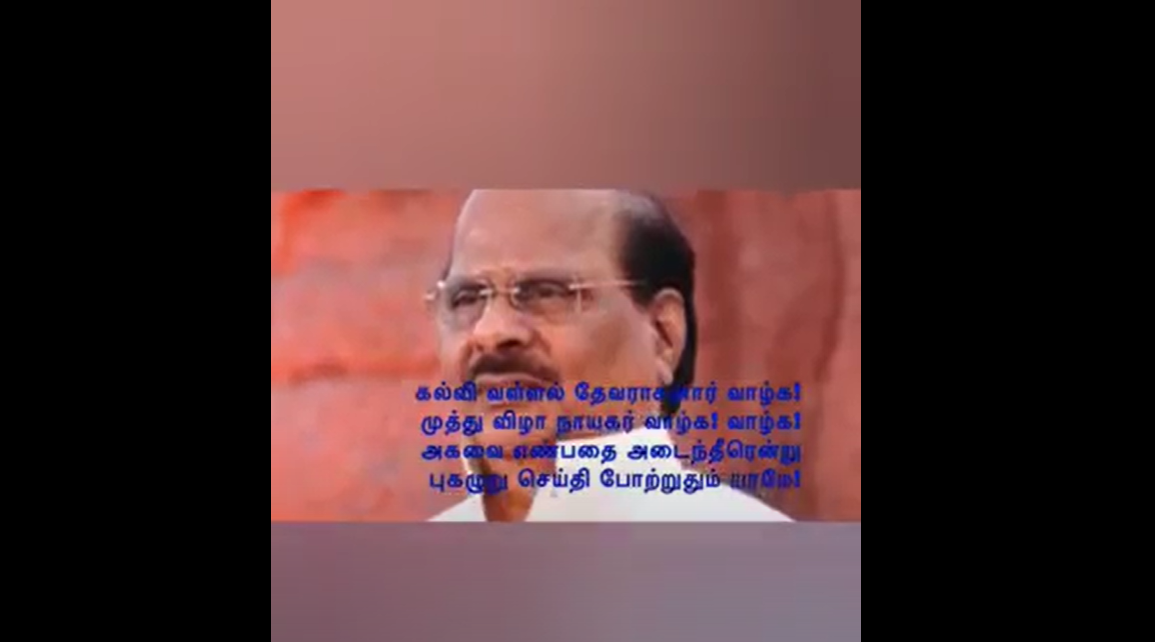 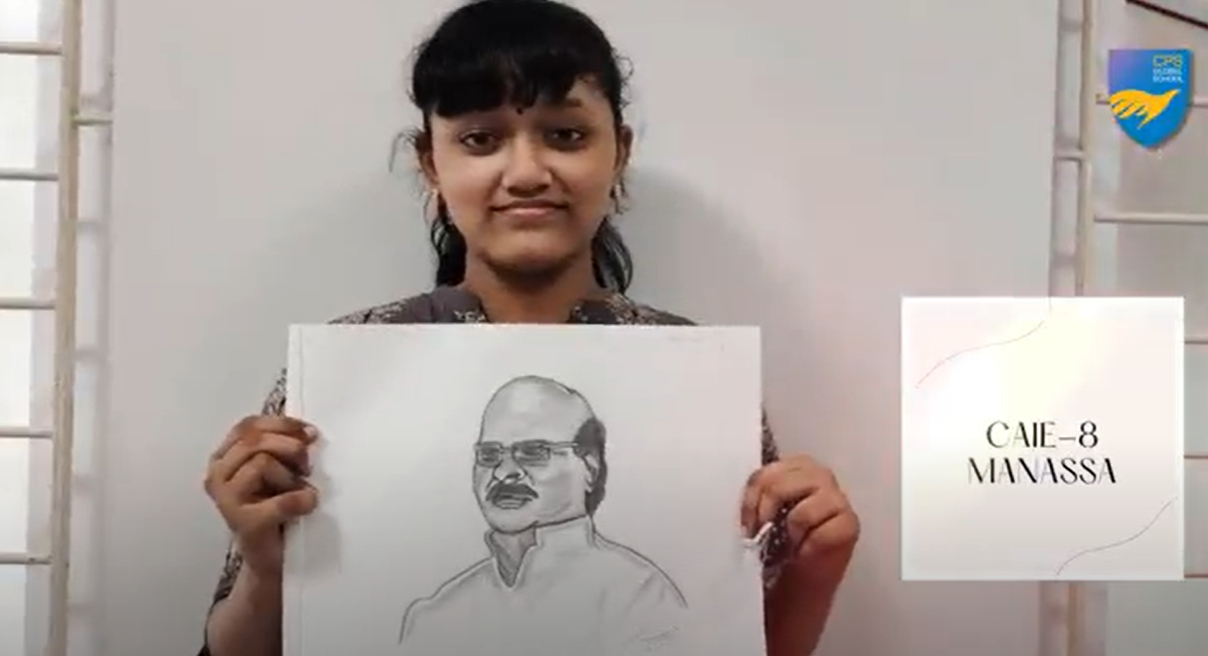 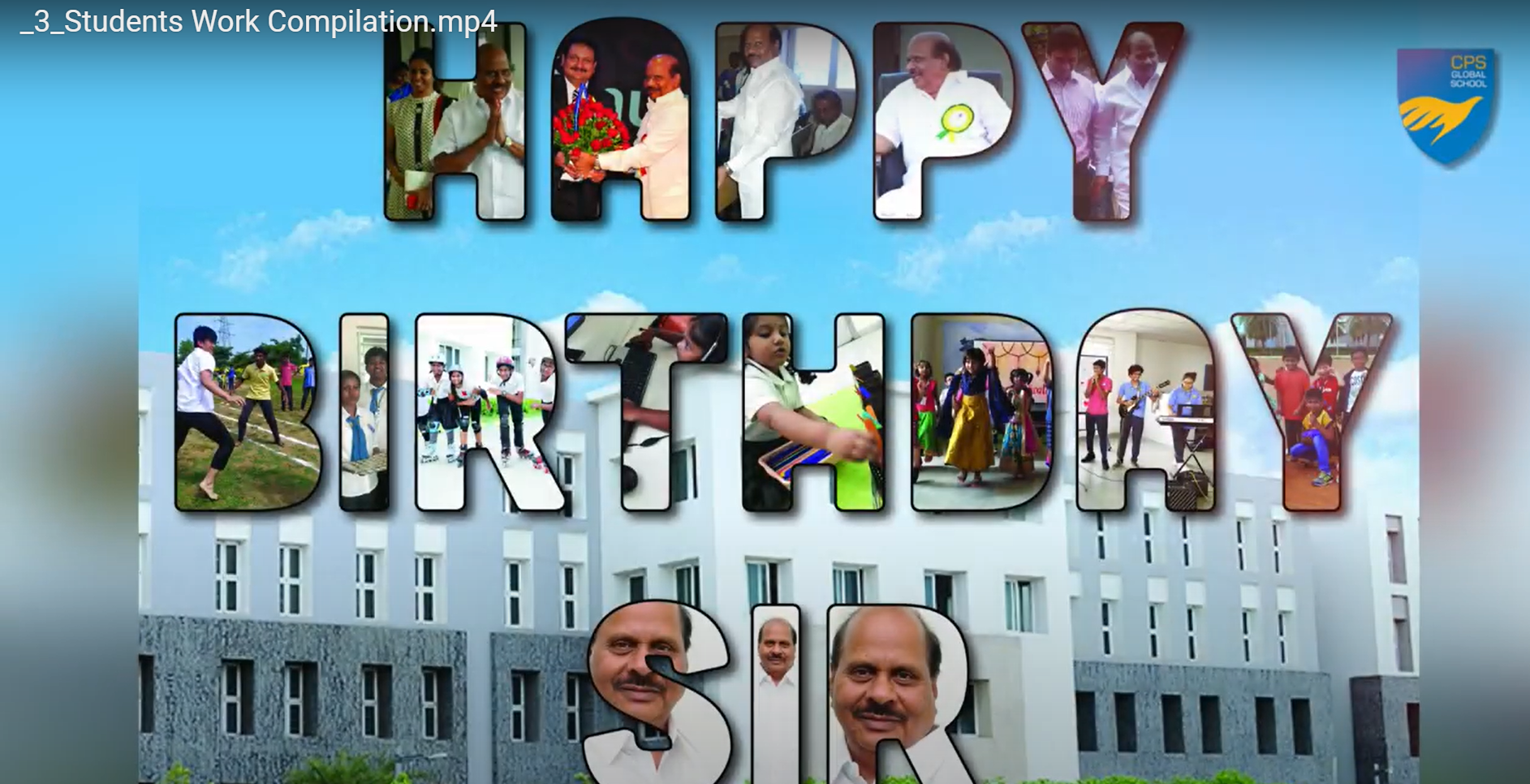 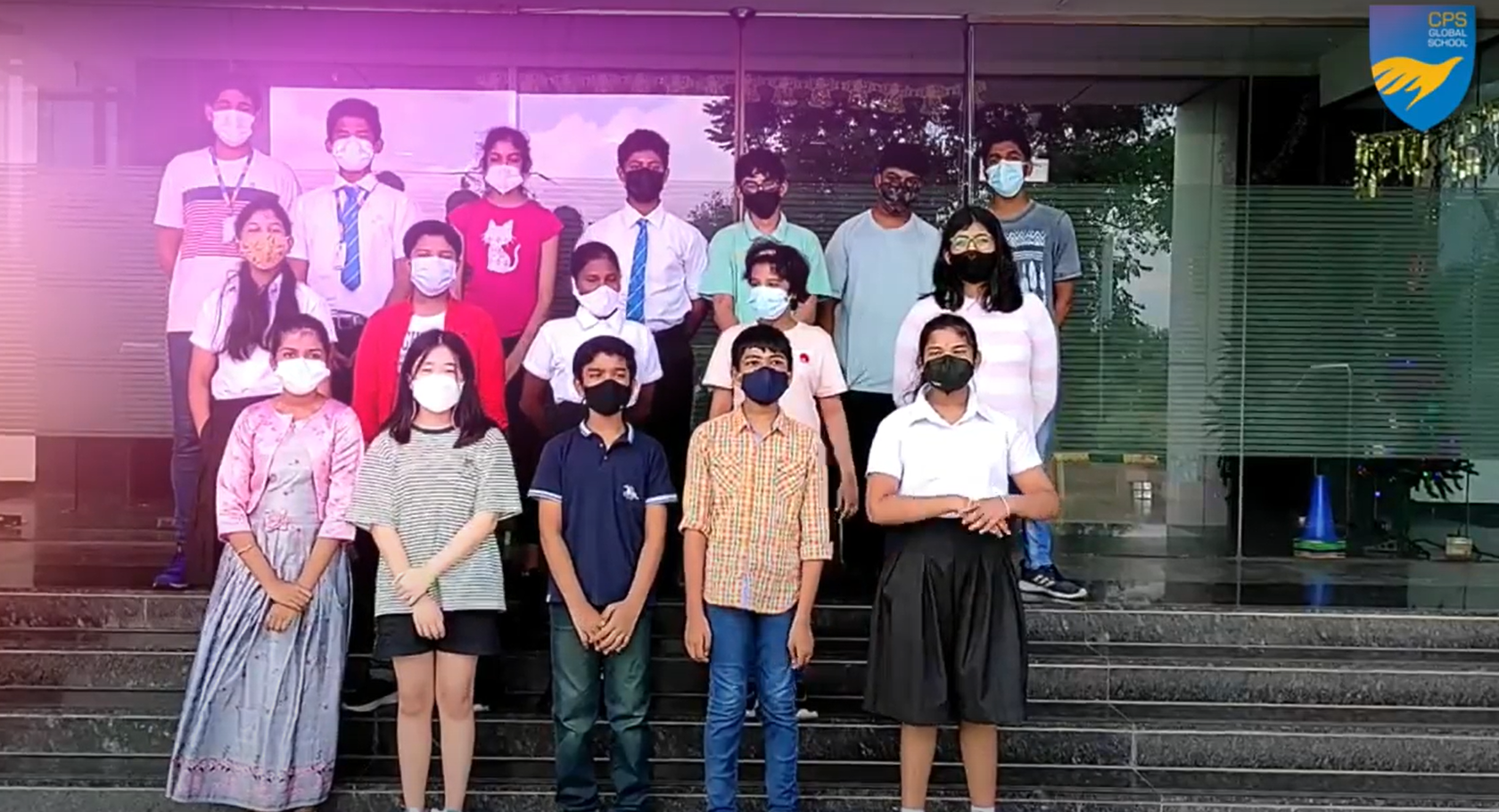 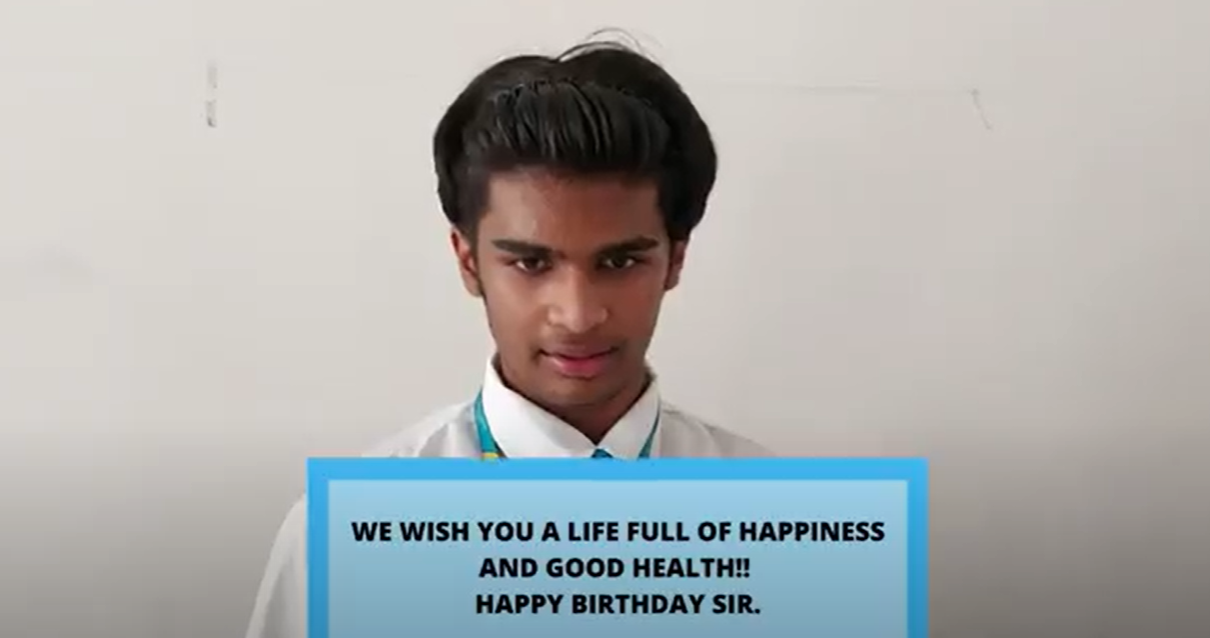 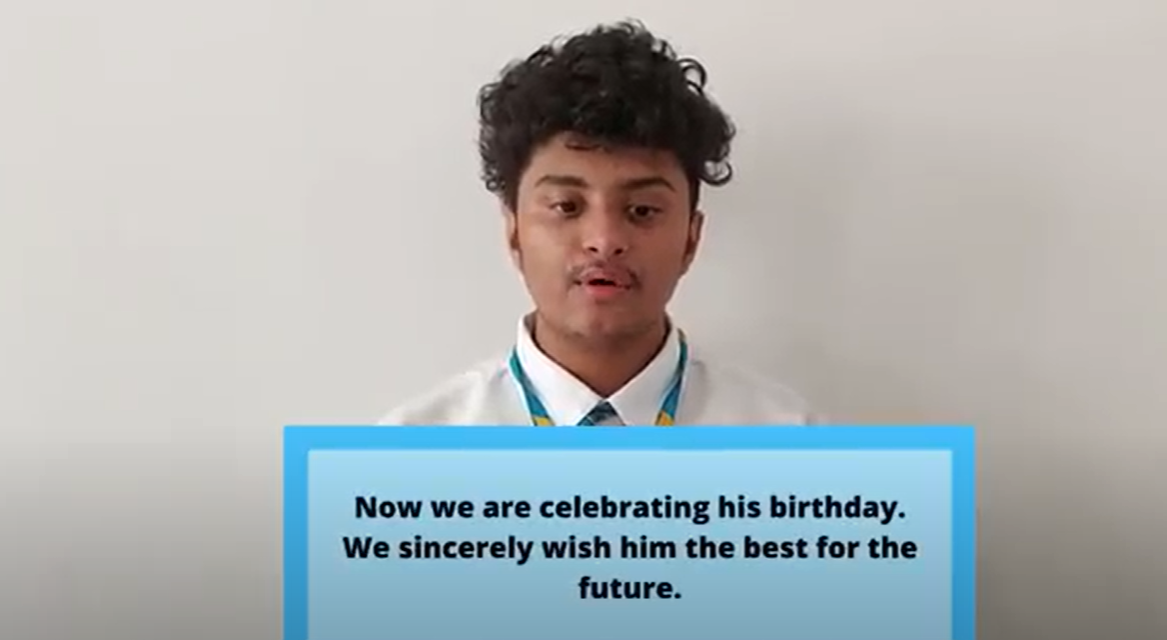 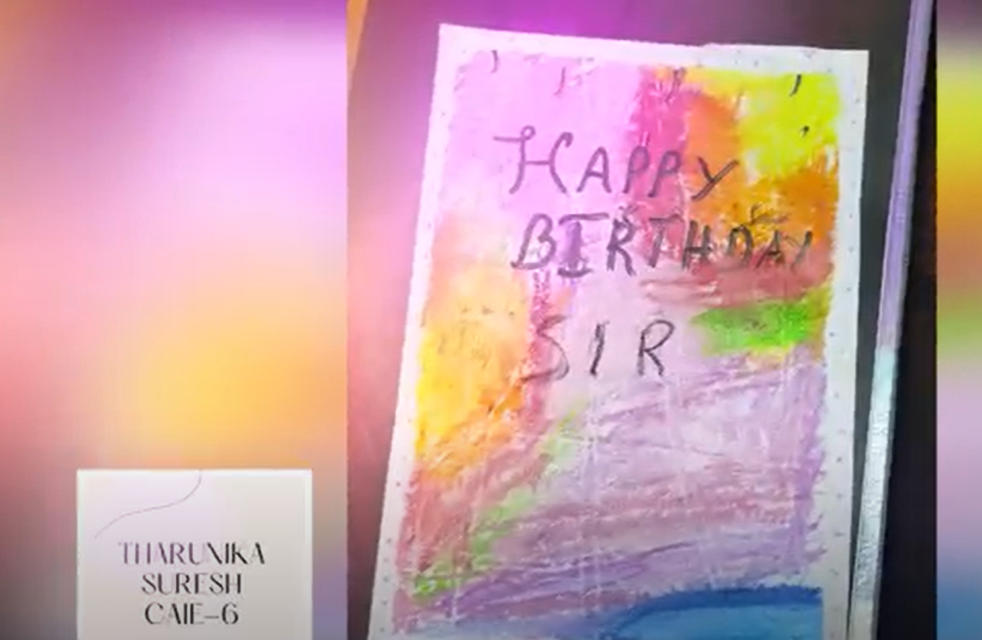 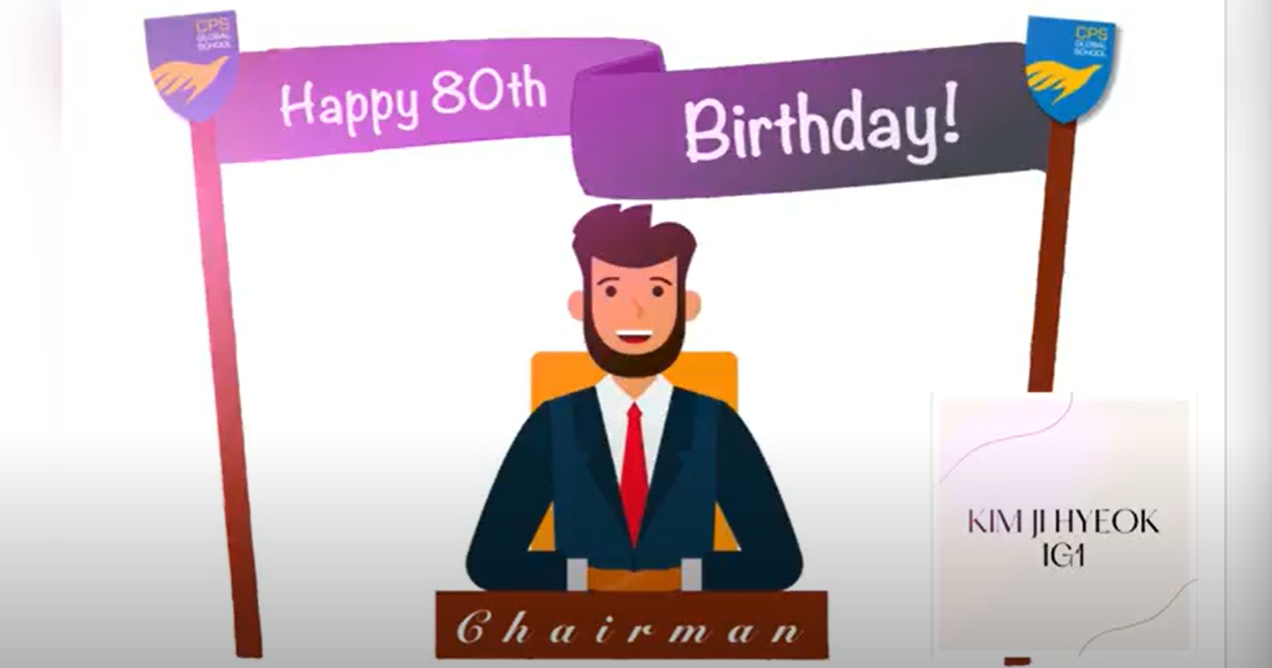 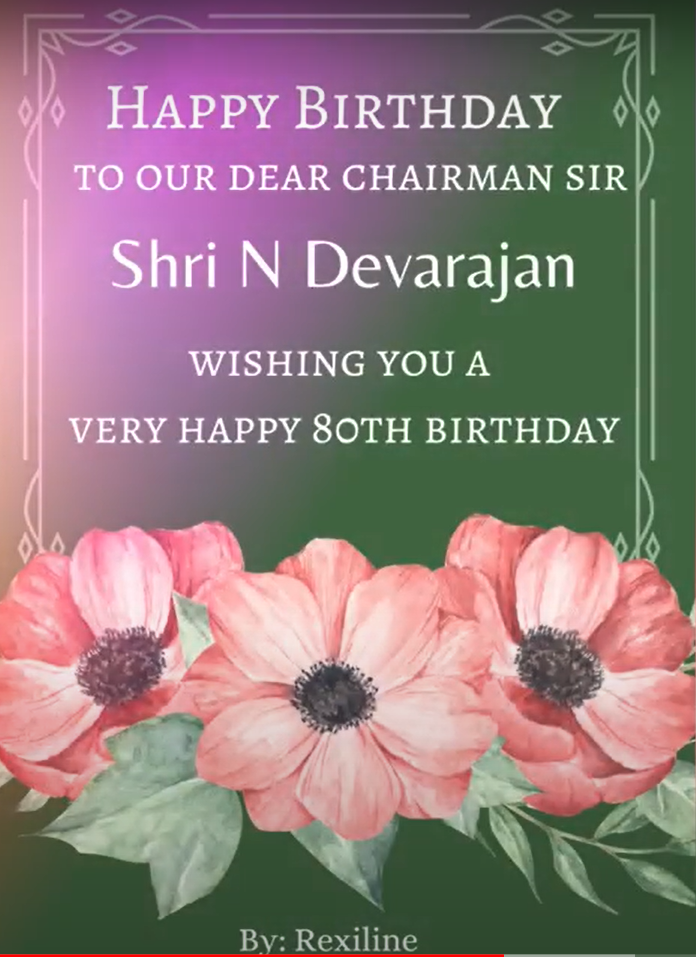 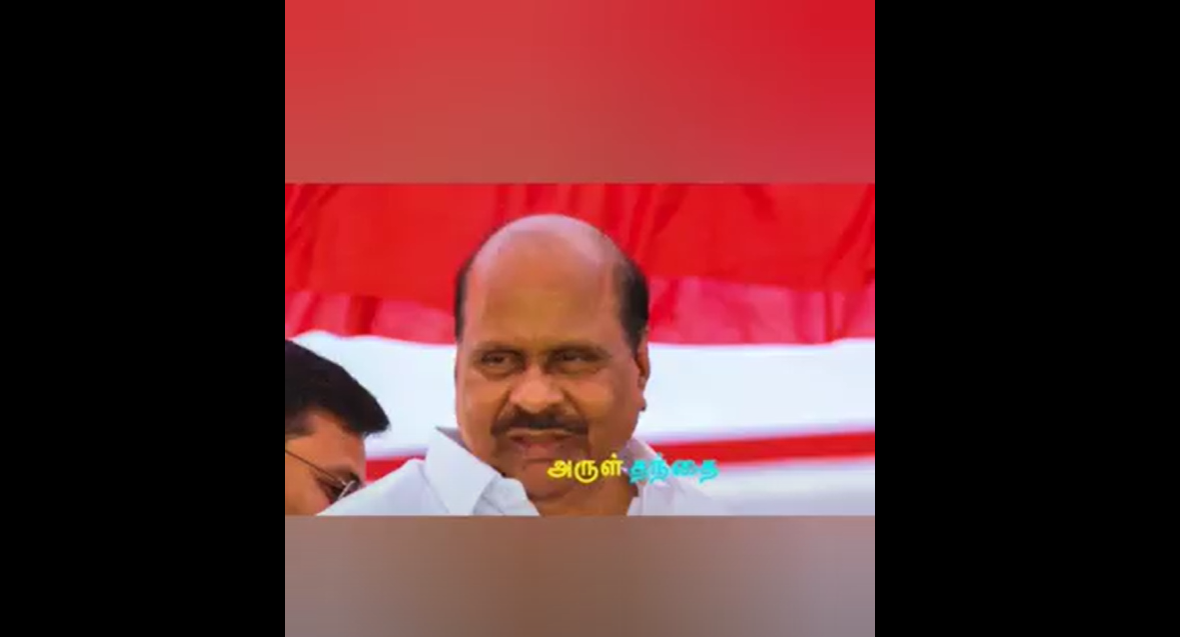 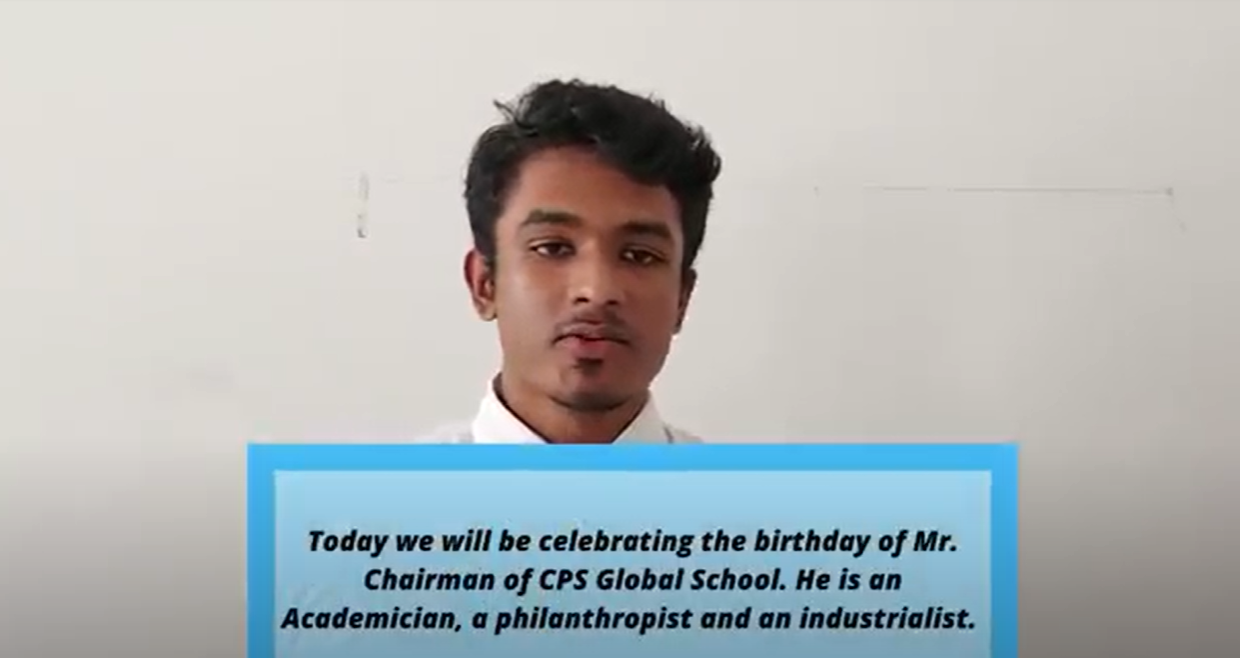 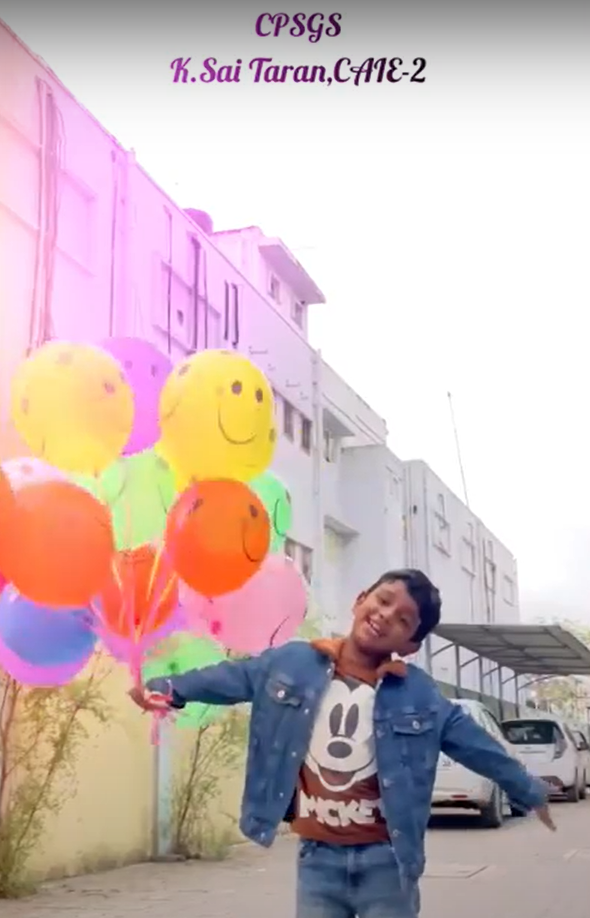 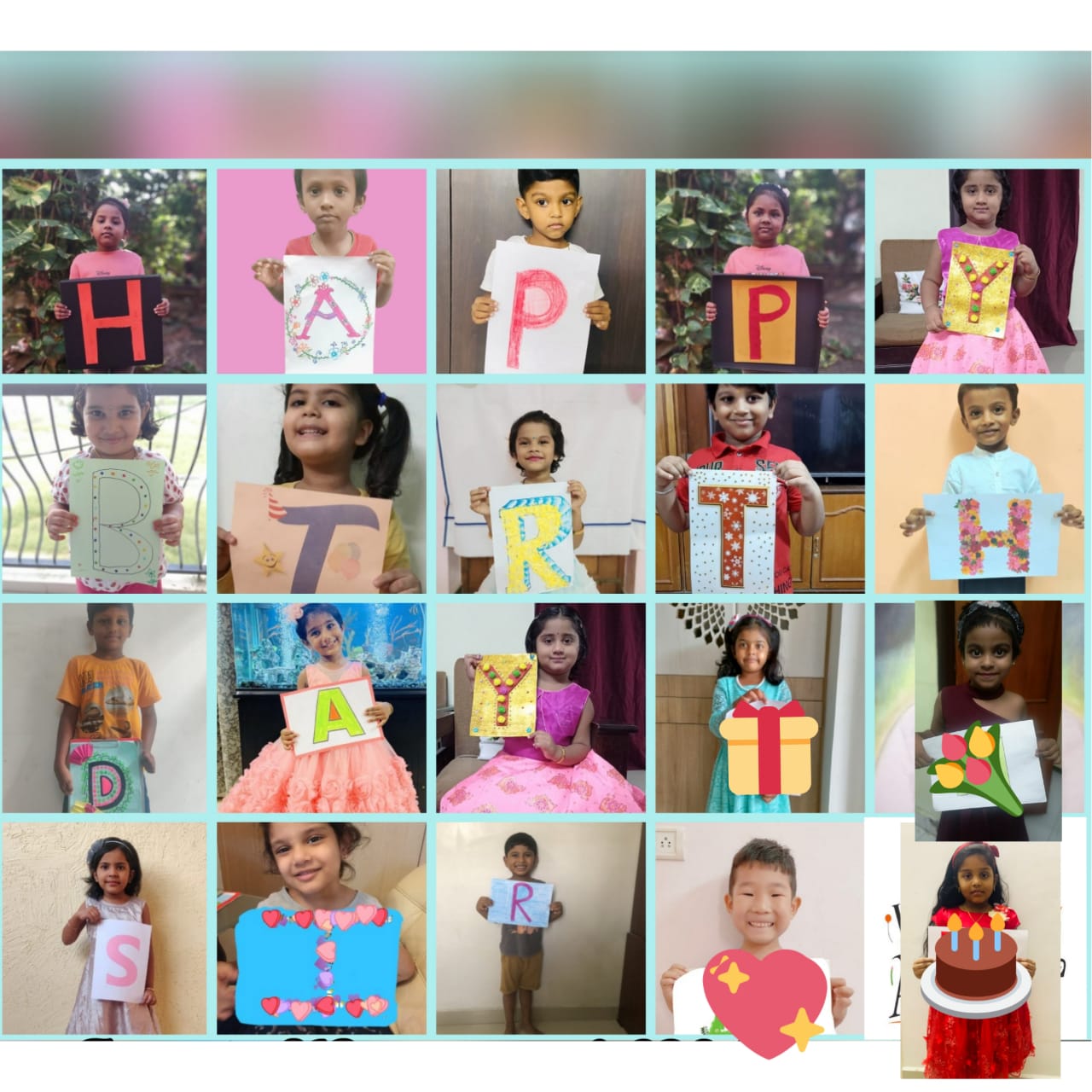 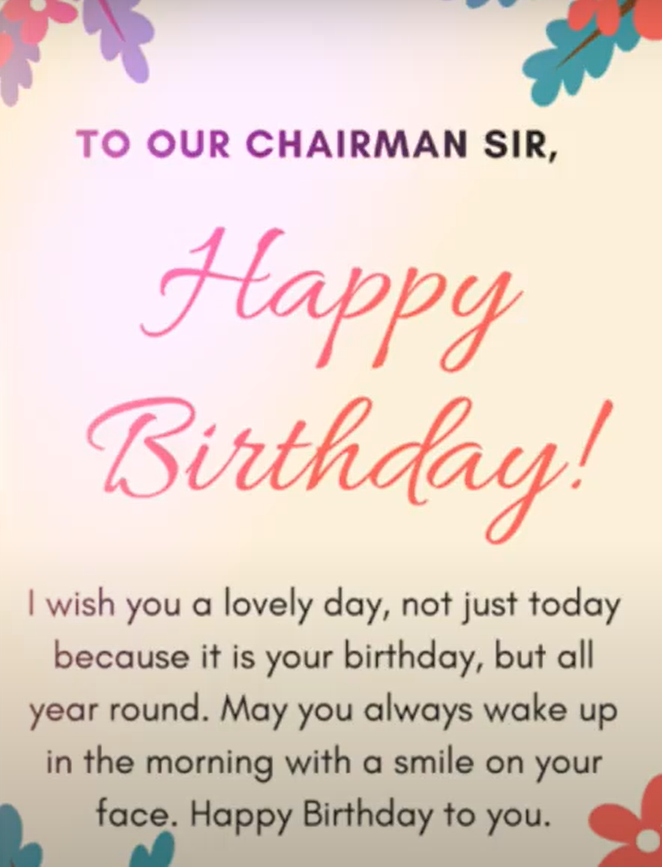 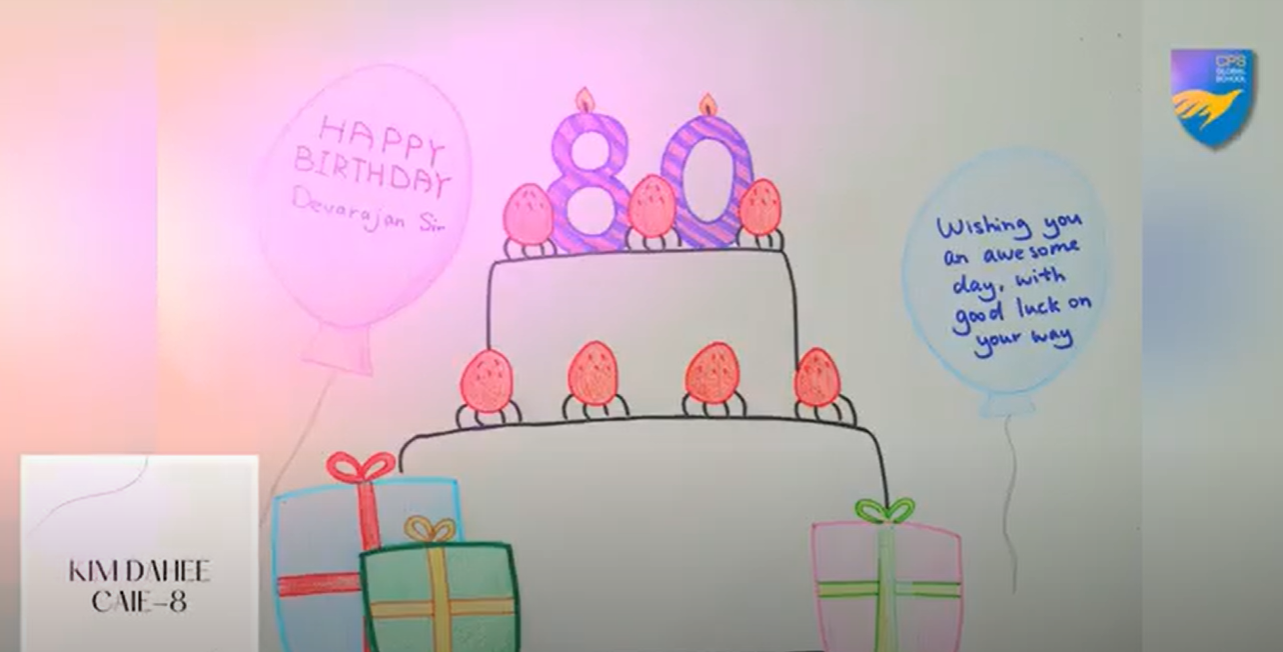 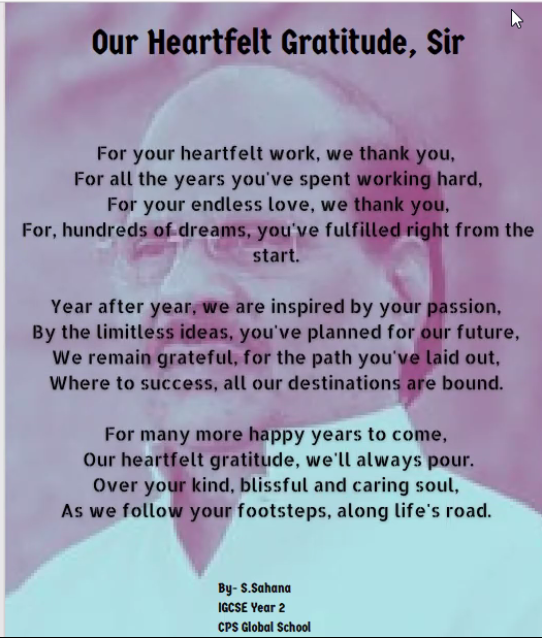 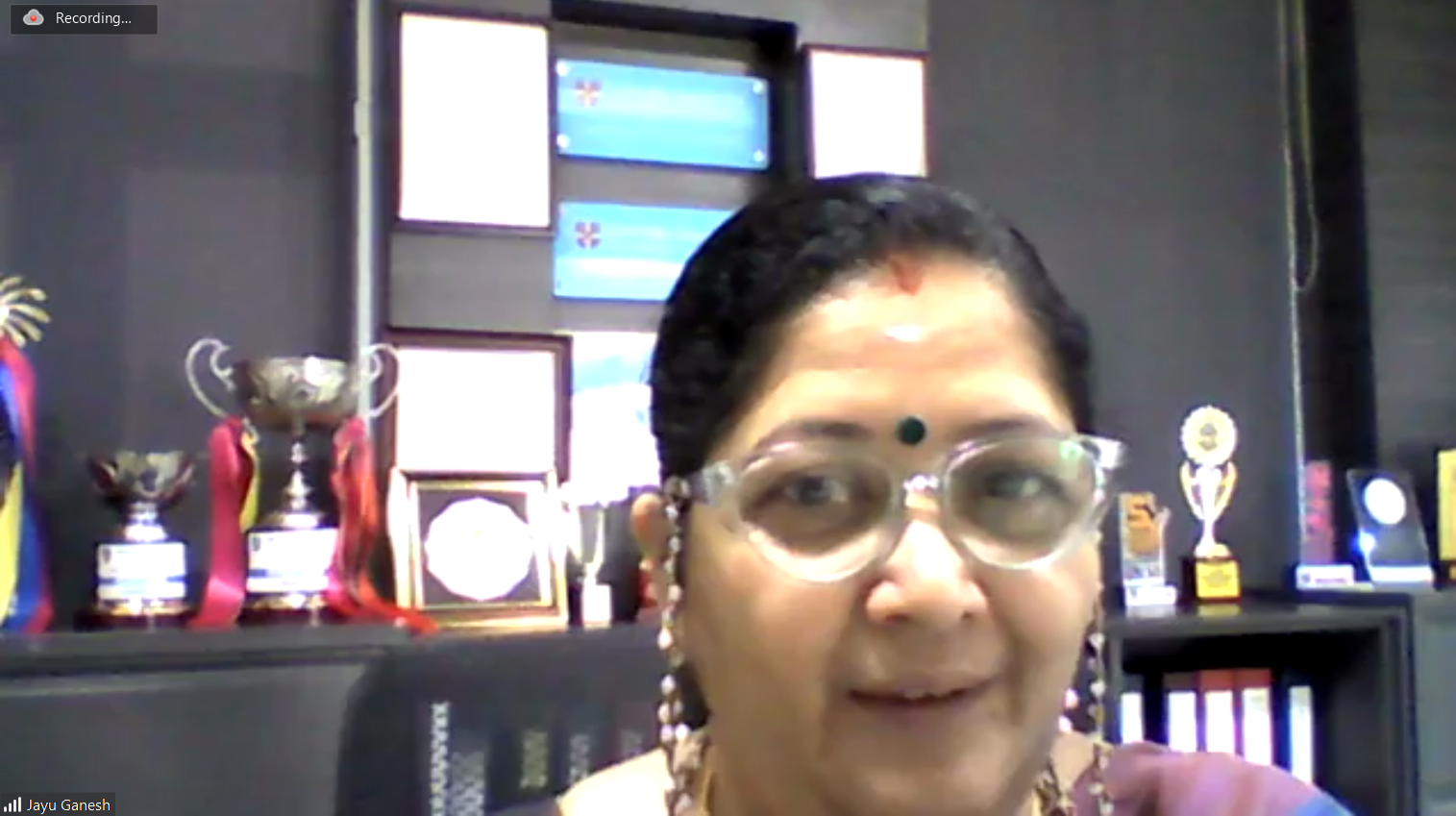 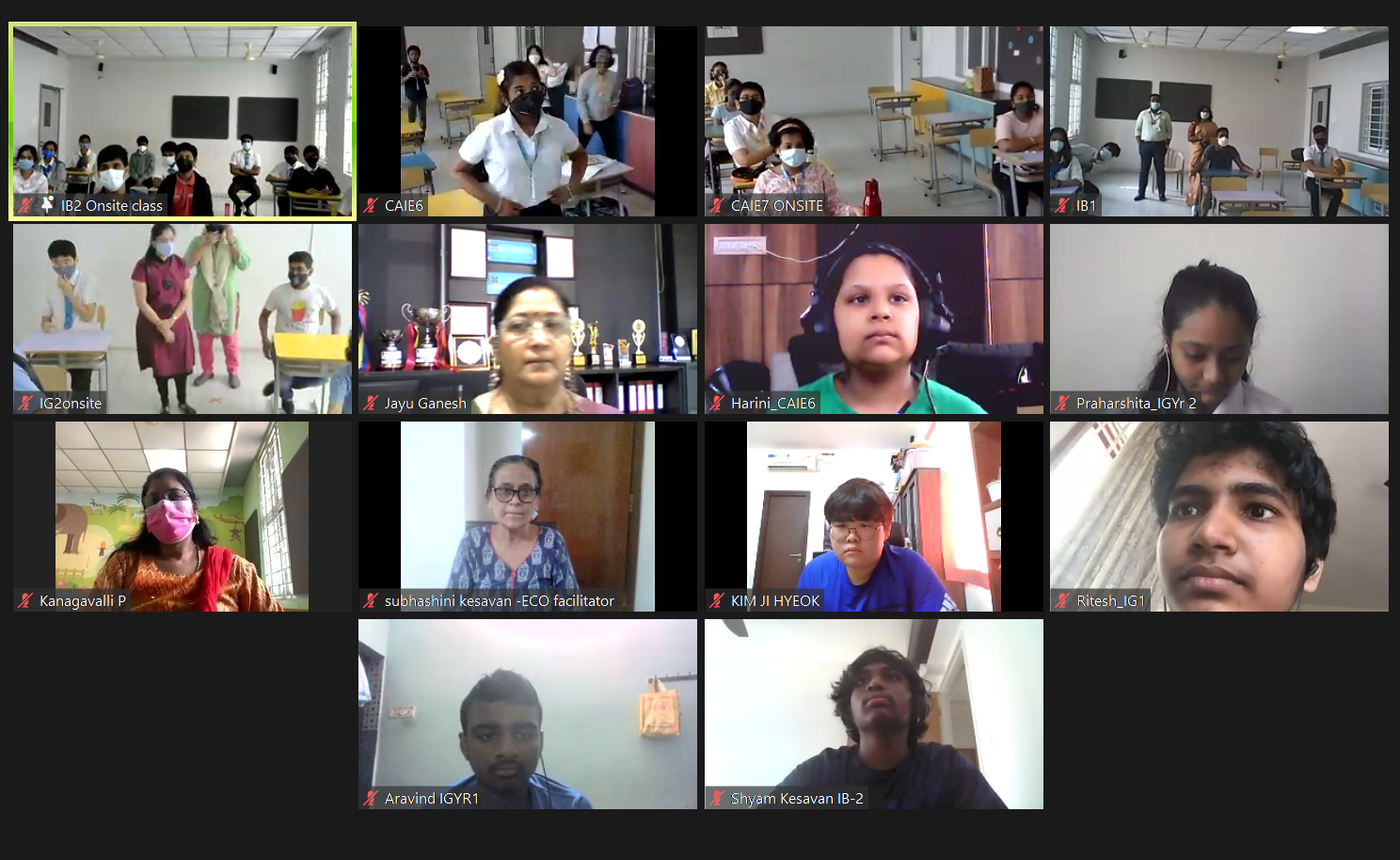 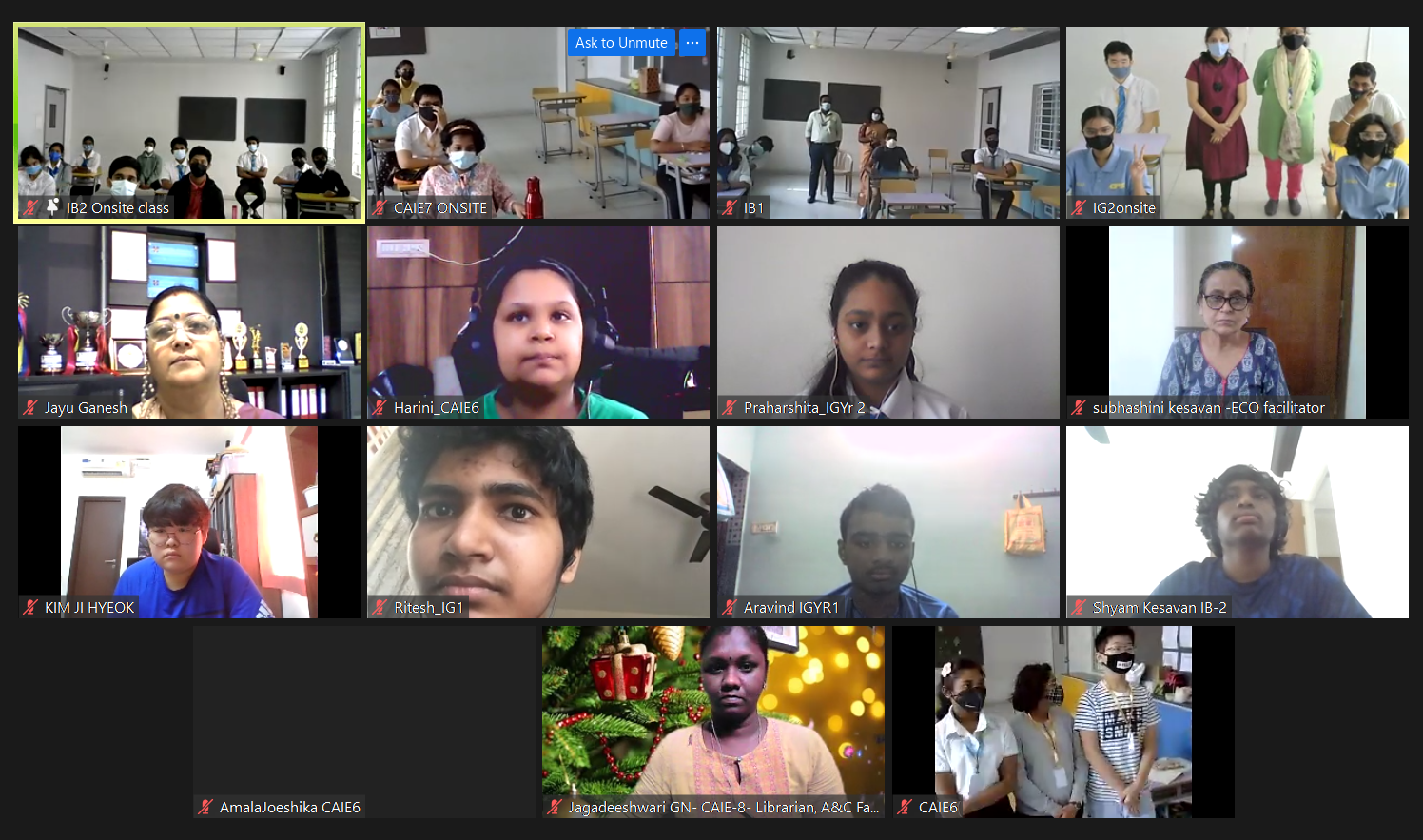