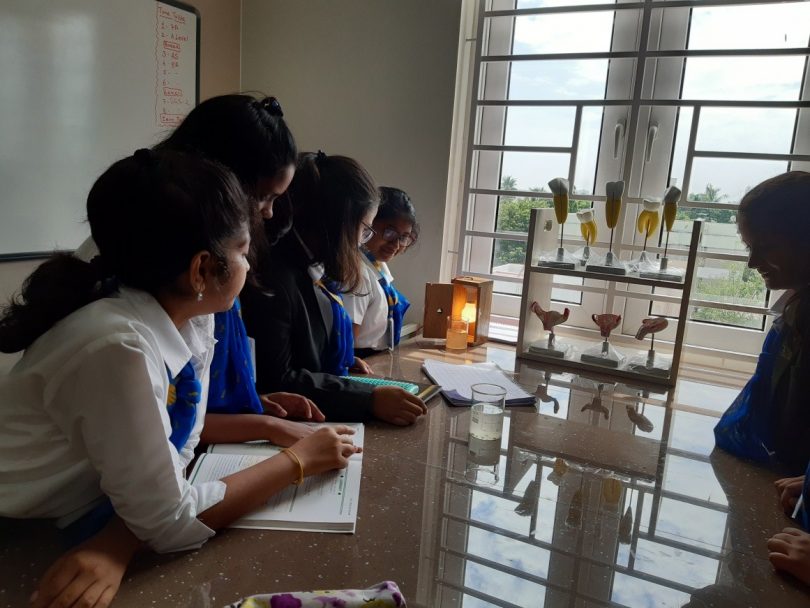 Beauty is an outcome of Photosynthesis

Plants evolve, through photosynthesis; they filled the atmosphere with oxygen. Now, this allowed animals to evolve because, as we all know, animals need oxygen to survive. The exquisiteness of the Light is demonstrated in nature by synthesizing all colorful and stunning pigments including the chlorophyll. There are several ways by which the rate of photosynthesis in the plants can be enhanced.

Students of grade CAIE 7A performed their Assessment in the form of Investigation on the rate of Photosynthesis under different lighting conditions and understood photosynthesis cannot happen without the light or Carbon dioxide using a Leaf Disk Array. Leaf disks normally float, however when the air spaces are infiltrated with carbon dioxide, the overall density of the leaf disk increases and the leaf disk sinks. When sodium bicarbonate is added to the water, the bicarbonate ion acts as a carbon source for photosynthesis causing the leaf disks to sink. As photosynthesis proceeds, oxygen is released into the interior of the leaf, which changes its buoyancy causing the disk to rise. Since cellular respiration is taking place at the same time in the leaf, the oxygen generated by photosynthesis is consumed. As a result, the rate that the disks rise is indirectly proportional to the net rate of photosynthesis.

Learners investigated in groups and succeeded in tabulating the results. The learners were engaged and confidently performed their investigation. Photosynthesis initiates living phenomenon; therefore a synthesis of beauty begins with photosynthesis.

“As the brain of man is the speck of dust in the universe that thinks, so the leaves –perceive the light in a fundamental and constructive sense. They impound its steller energy, and with that force, they make a life out of the elements” 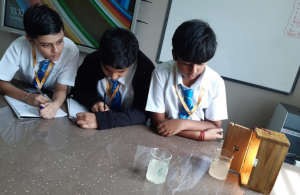 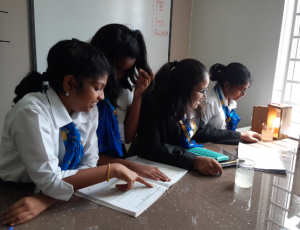 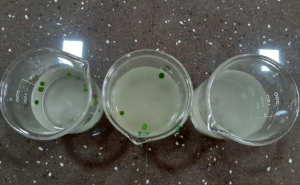 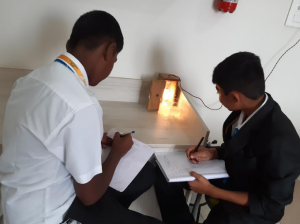 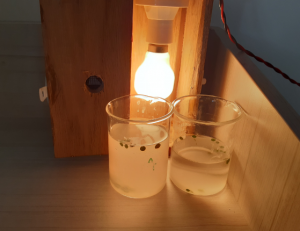